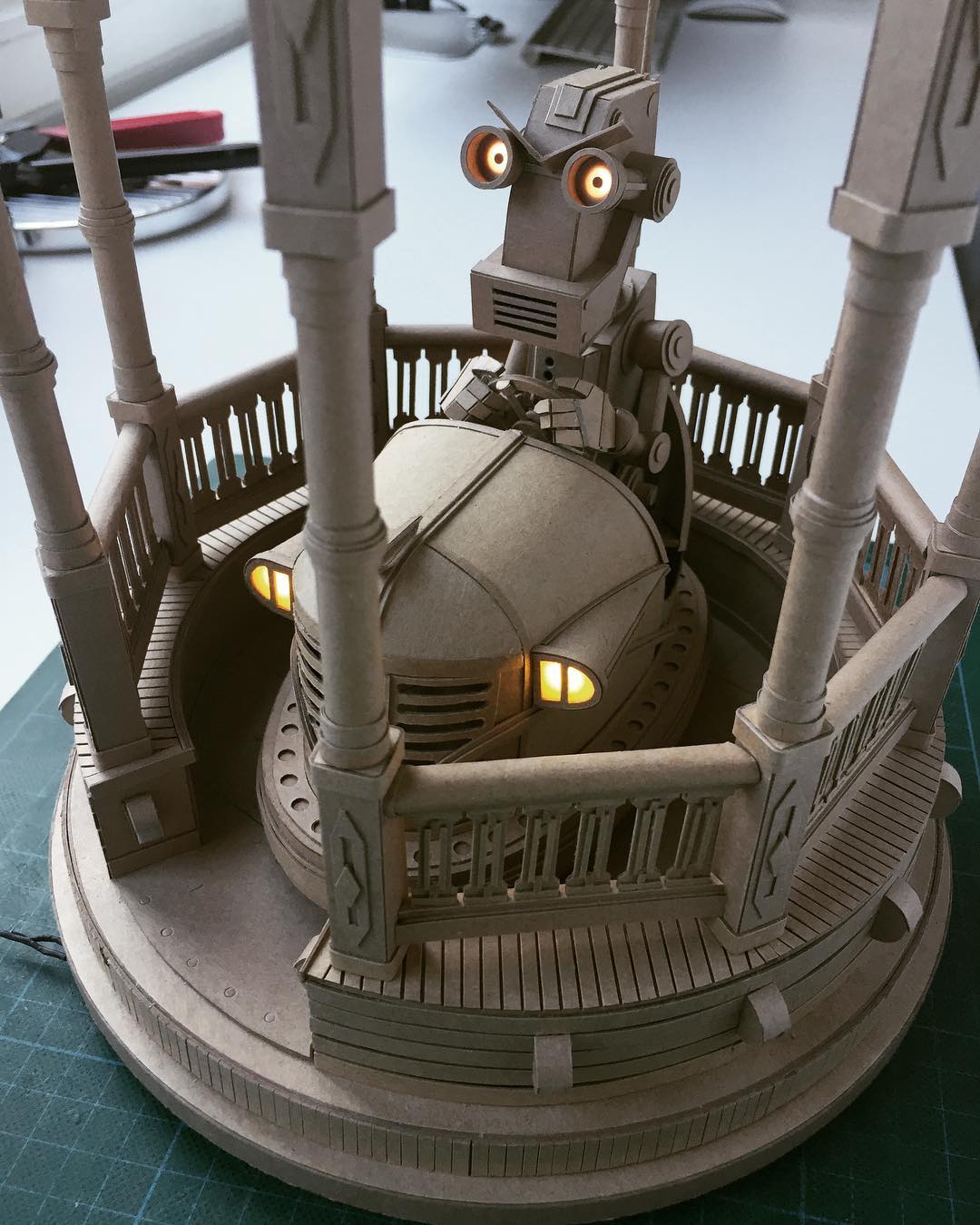 Greg Olijnyk works as a 2D graphic designer, but his hobby is creating unbelievably wonderful 3D science fictional cardboard sculptures that sport motors and lights that animate them (some use photovoltaic cells for power, too).

He told Colossal's Laura Staugaitis: "every piece has the limitations and advantages of the cardboard material in mind, how it bends, how strong it will be, etc.

I can't tell if he sells these, but I covet them with the intensity of a thousand suns