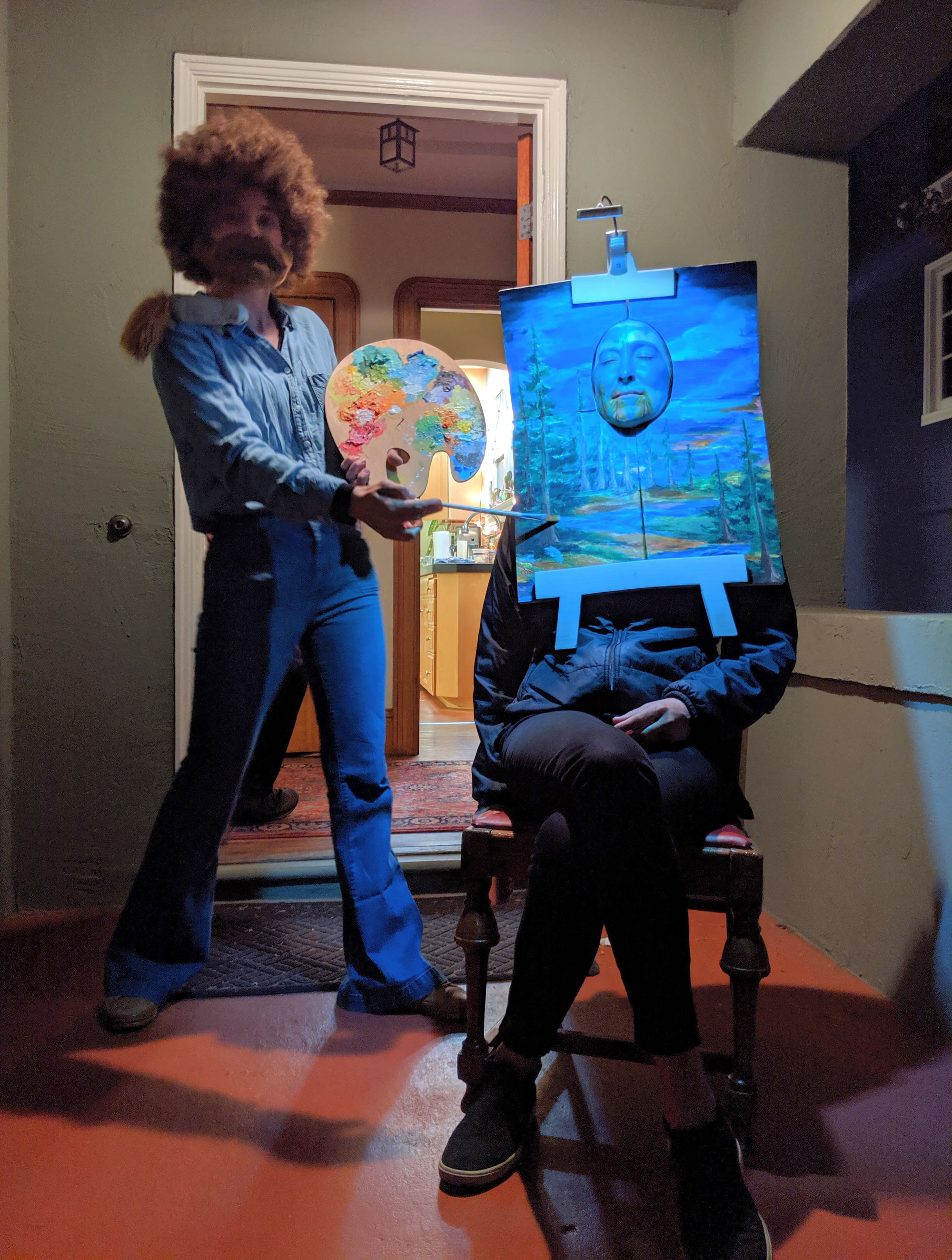 This Bob Ross "painted" happy little trees onto their partner's face all evening.

I've lived in Alameda, California going on 10 years now and I'm always surprised by what I see on Halloween night — it's a real circus! Each year, thousands of revelers head to my neighborhood in the Fernside district to trick or treat. And my neighbors go all out with decorations, costumes and candy. I've heard from friends in the busier parts of the neighborhood that it's easy to hand out over 1,000 pieces of candy in that one night.

This year I decided to document the madness. Here's what I captured.

This giant faux spider dropped down from a tree to frighten folks.

I didn't end up making it to this "Haunted Cave" but I sure do love its sign.

There was a line of people with kids waiting to get photo opps with this pretend Goofy.

I saw many Jack O'Lanterns, including this toothy one.

Two years ago was when I first spotted a couple of vendors selling light-up toys. Now, they're everywhere and they've graduated from small push carts to actual tables.

This was the first year I saw vendors selling hot dogs and sausages. Business was brisk. (A neighborhood friend reports that he's seen them in other parts of our 'hood in past years._

This family must dig Shakespeare.

Every year, this family truly brings it. This year their display contained a fire element in the pirate ship's cannon.

This skeletal pirate and his gold were on the other side of the lawn, behind the ship.

These handmade window cutouts are made from cardboard and I love the way they look.

True story. Plus, look at that amazing cat (?)!

This was the densest window display I saw all evening. I really had to get up close to see all the dolls and decorations. Impressive stuff!

My brother Andy thought this was funny. His twin boys are Scouts. Apparently, not making Eagle by the time you turn 18 years old is a real problem.

It doesn't matter what day of the week Halloween falls on, my neighbors always do it up right! But, next year Halloween is on a Saturday and I expect it to be even bigger/better.