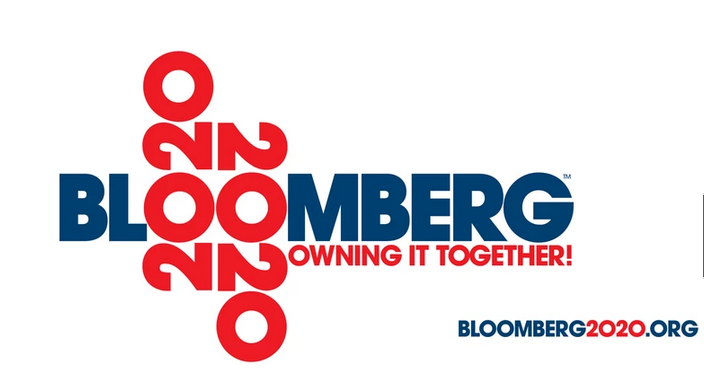 It's not official, by any pronouncement or claim, but this is reportedly the provisional design for Mike Bloomberg's presidential campaign logo. (UPDATE: denied by the campaign; it's apparently the work of a Mike Bloomberg fansite)