Bloomberg, polling at 4%, unlikely to affect race even as a spoiler 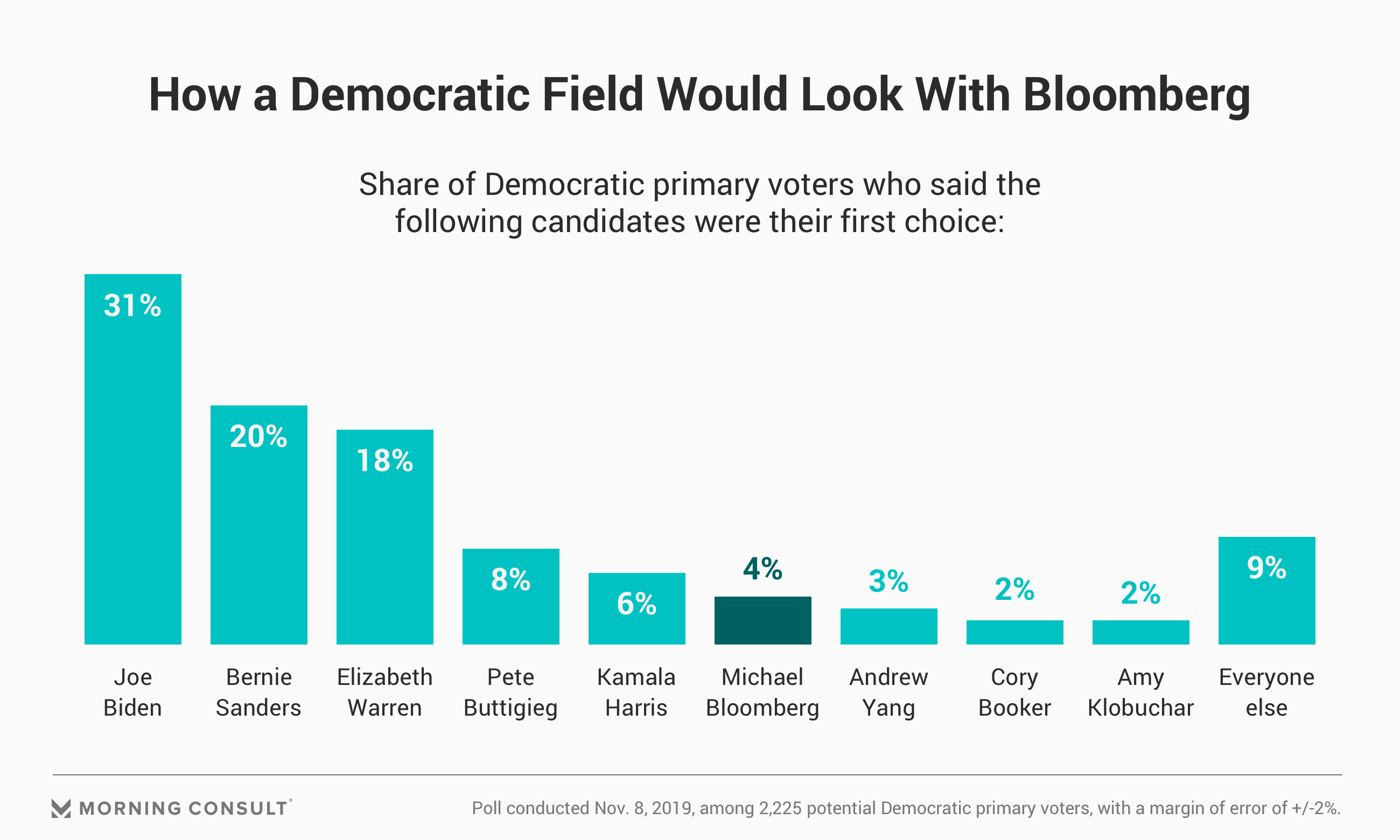 Mike Bloomberg, the billionaire threatening to enter the Democratic primary race due to Joe Biden's supposedly weak showing for the center, scores only 4% in the first poll to include his name. This puts him in sixth place, behind not only Biden but other moderates who might benefit from his support. Interest in him is so low that it isn't even possible to see where he's getting the 4% from; all the front-runners' own numbers seem unaffected by his entry to the polling pool.

Bloomberg’s initial entrance would do little to disrupt the current state of play, according to the national survey of 2,225 registered voters who indicated they may vote in the Democratic primary or caucus in their state, which had a margin of error of 2 percentage points. At 31 percent, former Vice President Joe Biden held his spot as the race’s front-runner, while Sen. Bernie Sanders (I-Vt.) and Sen. Elizabeth Warren (D-Mass.), with 20 percent and 18 percent, respectively, continue to vie for second.

It's obviously a vanity candidacy, even assuming Biden is a sinking ship. I can't help but suspect that the only reason for a rich centrist to run instead of supporting Harris, Klobuchar, Buttigieg or Booker is what might generously be called "historical thinking" about the electability of minorities in general and women in particular.