Absorb best-selling books in minutes with this reading app 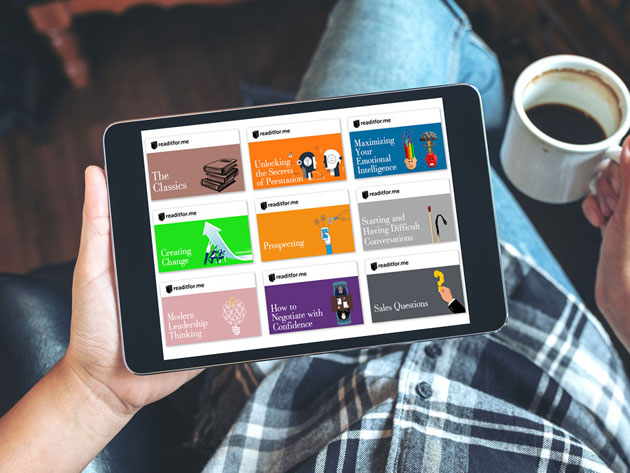 Knowledge is power. It's a cliché, but sometimes things turn into a cliché because they're true. If you're making your way through the world of business and entrepreneurship, it only makes sense to read about the insights of people who have climbed that ladder before you.

Trouble is, the modern workday doesn't leave a lot of time for reading - especially for those go-getters who might benefit the most.

That's where services like Readitfor.me can be a real life-saver, giving you the meat of self-help or business books in minutes rather than days or weeks.

The book summary service gives laser-focused breakdowns of some essential titles in the nonfiction world - bestsellers like The 7 Habits of Highly Effective People, To Sell is Human, 10% Happier and many more. The current library has over 300 titles and is growing at around 100 additions every year.

Summaries are accessible as animated videos that distill the big ideas and water-cooler facts into bite-sized chunks that you can absorb over a quick lunch, coffee break, or lazy commute. That's a ton of time freed up to actually act on all that great information.