The robot vacuum can map your house with incredible accuracy 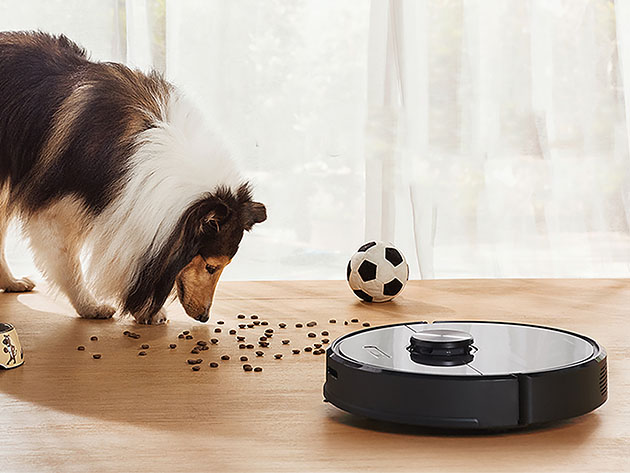 As much as some of us fear the loss of our jobs to robots, there's one job we're pretty sure they are welcome to: vacuuming. There's nothing quite like kicking back and watching a robot vacuum do one of the most time-consuming tasks on the household chore list.

And there are few 'bots that do it quite like the Roborock S6 Robot Vacuum & Mop.

The power on this thing is a big highlight, combining 1500 rpm of suction with soft bristles that spin at 1350 rpm. It's a combo that makes short work of nearly any mess, and there's even a mopping function that gives hardwood floors an extra shine.

With a 32-bit quad processor, the Roborock S6 has brains as well as brawn. Its 14-sensor array helps it build a complete 360-degree view of your room, then plan the quickest route to get every inch. Want it to avoid the dog dish? It's a simple matter to draw virtual barriers in the accompanying app - no magnetic strips required.

The Roborock S6 Robot Vacuum & Mop with Adaptive Routing is now available for 7% off the regular retail price, but you can take an additional 15% off by using the online code BFSAVE15.