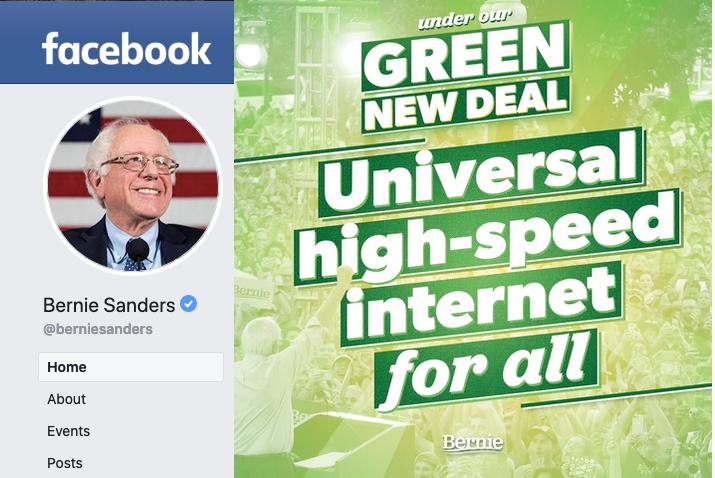 Senator and 2020 US presidential candidate Bernie Sanders' “High-Speed Internet For All” plan, unveiled today, promises $150 billion to build publicly owned broadband networks -- and to break the chokehold that Comcast, Verizon, and AT&T have on Americans' access to information and communication.

In his sprawling “High-Speed Internet for All” proposal, the Vermont senator and Democratic presidential candidate calls to treat internet like a public utility. His campaign argues that the internet should not be a “price gouging profit machine” for companies such as Comcast, AT&T and Verizon.

Sanders’ plan would create $150 billion in grants and aid for local and state governments to build publicly owned broadband networks as part of the Green New Deal infrastructure initiative. The total would mark a massive increase over current funding for broadband development initiatives. The proposal would also break up what the campaign calls “internet service provider and cable monopolies,” stop service providers from offering content and end what it calls “anticompetitive mergers.”