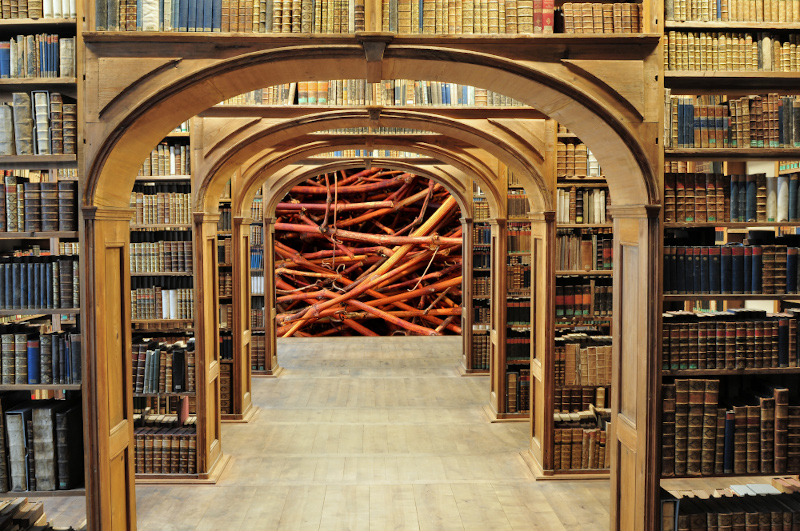 Andrew Taylor lives in Canterbury on New Zealand's South Island; when he grew frustrated with the local park's lack of good throwing sticks with which to amuse his dog, he created a "stick library" -- a engraved box with a dozen throwing sticks pruned from his home trees, smoothed down and readied for throwing.

About 50 local dogs and their humans make use of the library, and have been diligent about returning the sticks to their crate.

‘While trimming the trees, my dad found himself with a lot of dead branches, and knowing from experience how hard it can be to find a good stick, and that the new dog park was opening soon, he had the idea that he would save them and put them in some kind of box.

‘When the park opened on November 30, mum and dad took Bella and sure enough there were no good sticks.

‘Dad is the type of guy that is always thinking of things to make, so the next day he found a suitable crate and made the sign for the top. ‘He decided to call it the stick library because it implied that you return the stick once you’re finished with it.’

Laura Kampf made this cool looking plywood chair with a storage space for books. She says she’ll upload plans for making one of your own soon. If you like videos of people making things, I highly recommend Laura’s YouTube channel. She makes a new thing every week, such as a cargo bike, a bike trailer […]