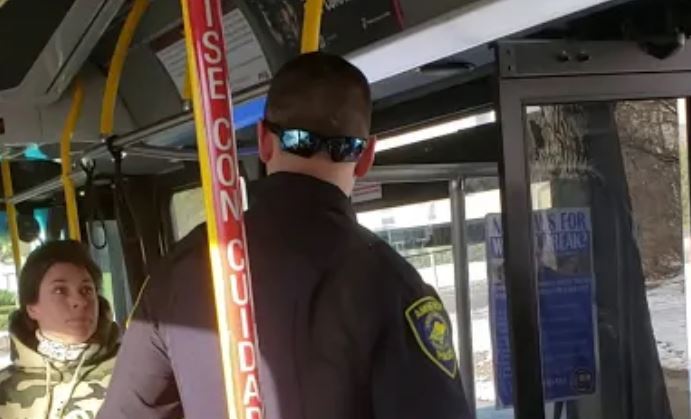 Is it telling that a cop comes along and asks the victims for their IDs, but not the elderly white man defending them? He had clearly put himself at the center of events, after all.