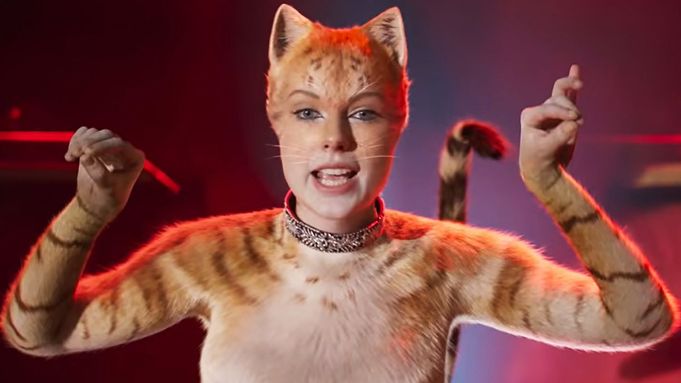 As a masochistic connoisseur of bad cinema, I knew since the Cats trailer came out that I needed to see this hideous disaster, in a theater, and very high. I was visiting with family for the holidays so I didn't get to see it right away when everyone on Twitter was shrieking in horror about what they'd just experienced. So after New Year's, the full Cats experience became a priority. On Monday I have to dive heavily back into work and start a whole health kick, so this strange post-holiday week was pretty much my last chance, and I decided I was going to go all in. Instead of taking an edible as I'd planned, I remembered some mushrooms someone had given me a while back and felt like if there was any chance I was going to enjoy Cats on any level, it would be melting into a psychedelic trip – just get weirded out and giggle and maybe make it fun. I was very, very wrong.

You really have to read the entire thing. It's too good.

In Ashland, Louisiana, a woman has been arrested on drug charges when police decided the $5,000 cash she used to post an inmate’s bail carried the “strong odor of marijuana.” The Terrebonne Parish Sheriff’s Office started nosing around Stormy Lynn Parfait, 33, last Friday after she showed up to pay bond for an inmate jailed […]