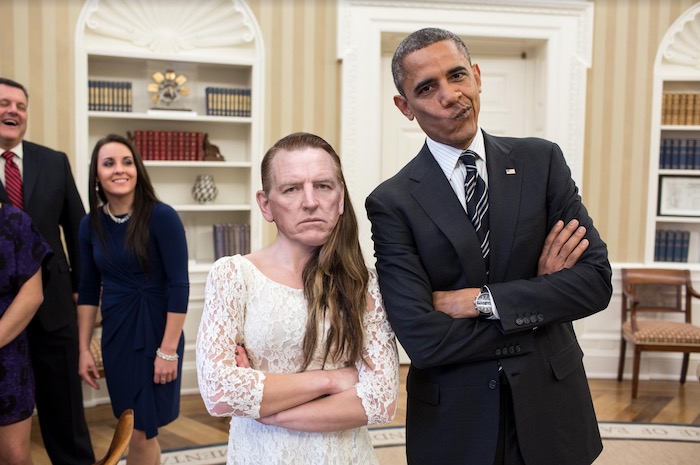 Arizona Rep. Paul Gosar, the GOP congressman who became famous when his six brothers and sisters appeared in campaign ads warning people not to vote for him, Tweeted a fake photo that showed Obama shaking hands with Iranian president Hassan Rouhani with the caption, "The world is a better place without these guys in power."

The world is a better place without these guys in power. pic.twitter.com/gDoXQu9vO5

People pointed out that the photo was a fake based on a 2011 photo of Obama and India's prime minister:

Gosar pretended he knew that all along, calling everyone who called him out "dim witted":

2. The point remains to all but the dimmest: Obama coddled, appeased, nurtured and protected the worlds No. 1 sponsor of terror. The world is better without Obama as president. The world will be better off without Rouhani.

My favorite Gosar fake is the one at the top, created by our own @beschizza.

Jimmy Kimmel started out last night's monologue by complaining how difficult it is to cancel a subscription to an app on the iPhone. He's right. There should be a menu option accessible from every subscription app that lets you cancel on the spot. He moves on to talking about Arizona GOP Rep. Paul Gosar, a […]