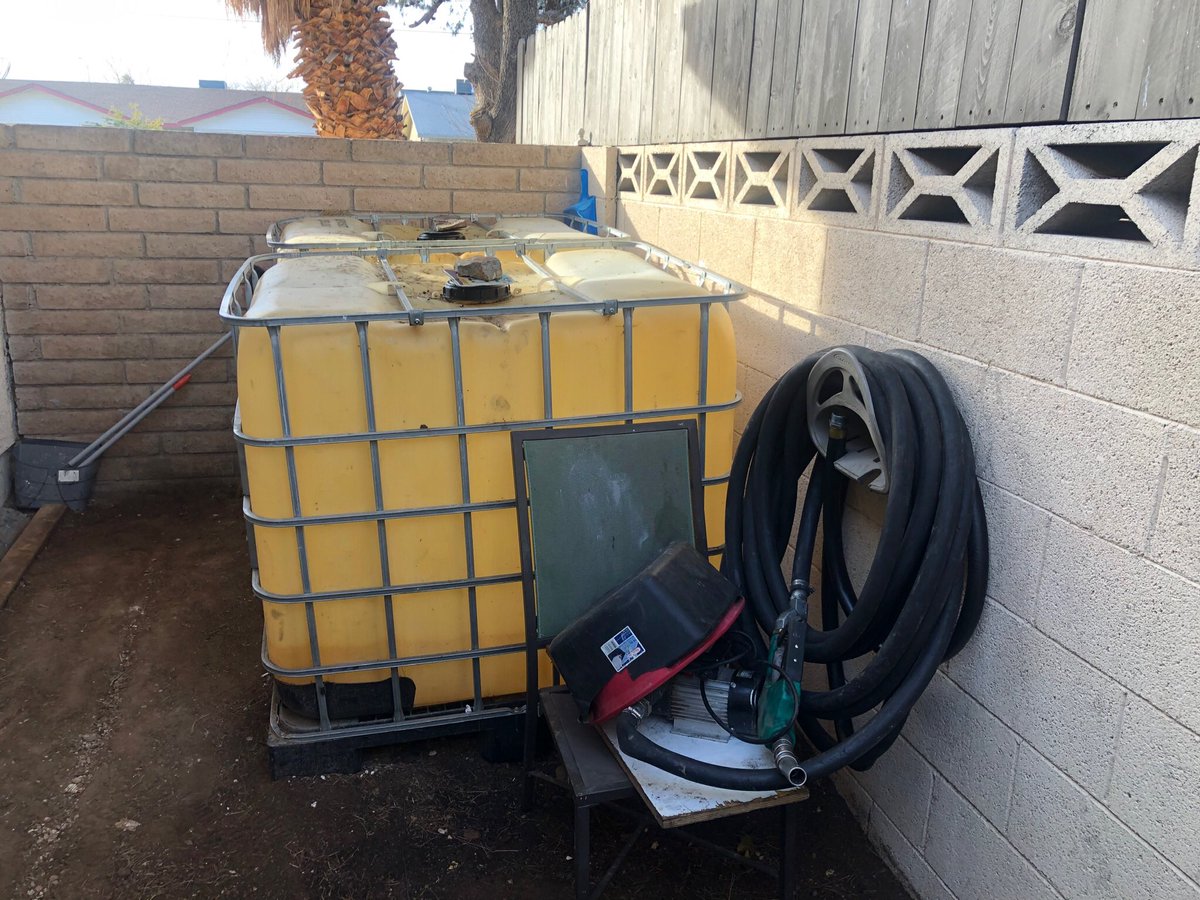 A man in Nevada is accused of running a homemade gas station in a backyard.

The photos (reposted here in this blog post) show two yellow tanks in the corner of a walled yard, and a gas pump nozzle on the end of the hose.

The hose was long enough to reach from the yard to the street for “possible curbside fill ups,” the Las Vegas Fire and Rescue department posted online.

“This is not only illegal in the city, it is a hazard to neighbors (and) first responders who may respond there for an emergency, like a fire,” said the department.

Police say that in addition to the fire hazard, it's also probably tied to credit card fraud.

@LasVegasFD @LVMPD & @CityOfLasVegas Code Enforcement responded to a home in the city today with a homemade gas station in the backyard. This is not only illegal in the city, it is a hazard to neighbors & first responders. If you see something like this notify police - Dial 3-1-1 pic.twitter.com/wtZYfnLlKL

The police said a homemade gas station found last night was part of a bigger trend for credit card fraud. @enzomarinotv explains how.

Firefighters found a gas pump and tanks at a valley home this week. @LasVegasFD says the pump’s hose was long enough to reach the street for curbside fill ups.

Details on the investigation tonight on @KTNV pic.twitter.com/JG75gQND2n

[More at the Associated Press.]