This tiny device helps you build habits that improve your focus 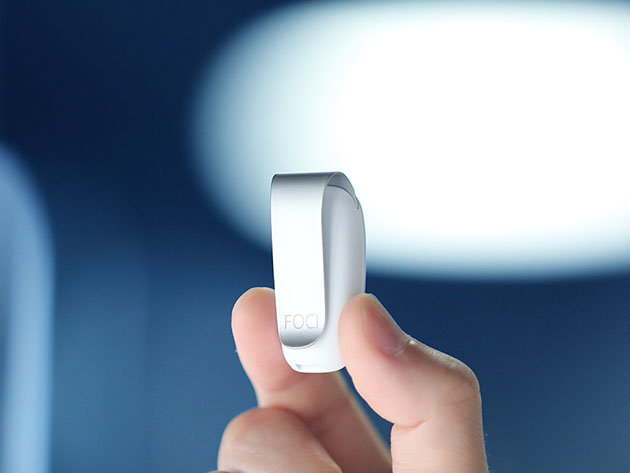 The mind is a powerful tool — and, like any great tool, it can be easily misused. Mindfulness is a great buzzword to throw around, but how do we actually achieve it? Anyone can find a personal trainer for their body, but it's not like there are brain trainers out there for hire.

Or are there? FOCI is a tiny wearable device that aims to do exactly that; train your mind to focus sharper and focus more.

The wearable is a thin stainless steel widget the size of a money clip. It clips onto your belt and measures your breathing as you go about your day. It then feeds that information into a paired app on your smartphone, which is where the real work begins.

The FOCI app uses Cognitive Biometrics to track your state of mind during different times of the day to tell you exactly when you became stressed, distracted or fatigued. You then get practical coaching from the app that will allow you to control those situations the next day, letting you stay focused through that midday slog or calmer on that important phone call. You'll get gentle reminders about your progress by a slight buzz from the FOCI wearable.

The unit is now on the market for more than 40% off the MSRP.