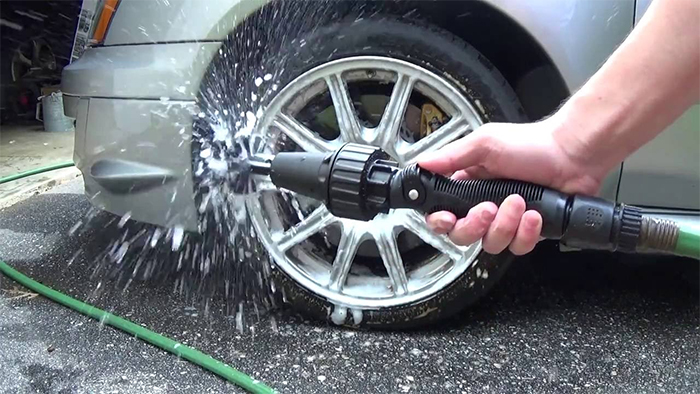 Commercials for grills, jeeps and hiking boots make the great outdoors seem like a magical place, and it is — until you have to clean all that grimy gear afterward.

There's no getting around it, but there is a better way than that hand towel or worn-out brush you've been using. The Brush Hero is a gadget that attaches to your garden hose and adds strong scrubbing power to the water pressure.

There's a lot of thought put into this deceptively simple cleaner. Clip it on to the end of your standard garden hose, and the force of the water is amplified into a surprising amount of torque. The spinning brush is tough enough to clean even caked-on outdoor grills, but gentle enough to use on your car and other painted surfaces.

The head is small enough to get in between tight crevices, and the deluxe Brush Hero set includes a Navigator attachment that lets you reach storm drains or other problem spots.

Get the Brush Hero®: Deluxe Set with two replacement brushes for more than 90% off the MSRP.