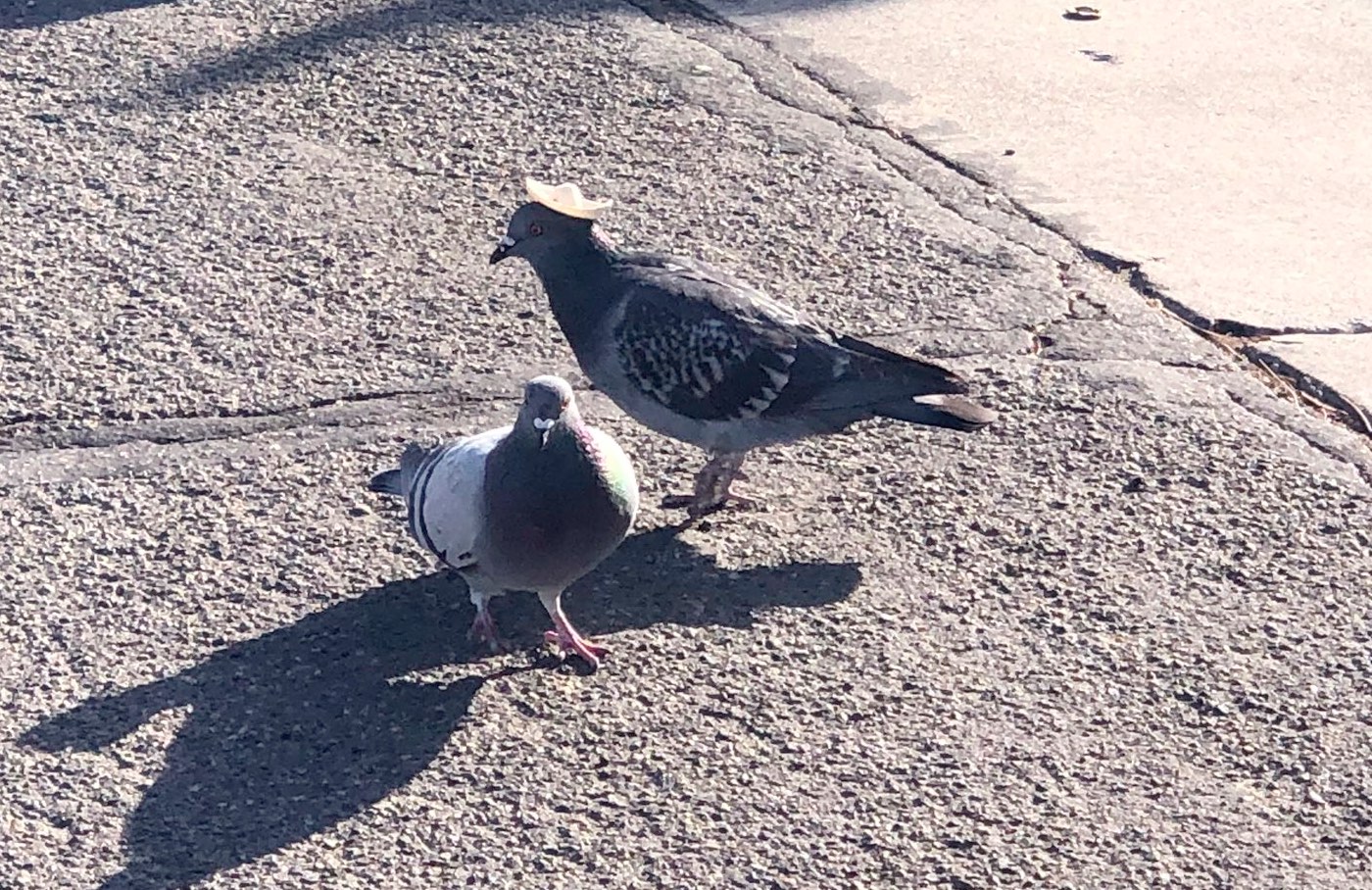 Folks, a pigeon wearing a tiny sombrero has been discovered in Reno, Nevada. May sound funny, and it is, but it's not cool to glue things to living creatures, even if they're a species you don't like.

The images in this post were tweeted by Sabra Newby, the City Manager of Reno, NV.

So I’m out in the field on a ride along with parking enforcement, and what do I see? It appears to be a pigeon with a sombrero.... pic.twitter.com/SOjPKw8nQ0

This follows a pigeon in Las Vegas with a cowboy hat glued to its head that died earlier this week.

Washoe County Animal Services said this is the first known instance of something like this in the area. People who see the bird asked to call dispatch at 775-322-3644 because they need to know the exact location to track the bird.

Newby called on others to notify animal control if they see the bird.

“While quirky or fun, it’s still inhumane,” Newby said in a statement. “The birds suffered when this exact thing happened last year in Las Vegas. One of them recently died. We don’t want copycats.

“Reno cares about our animals,” Newby added. “They need protection and don’t need to become a punchline.”

PREVIOUSLY on Boing Boing:
• Pigeon in a cowboy hat, RIP

• Why are pigeons in Las Vegas wearing cowboy hats?

• Someone is putting hats on pigeons in Las Vegas