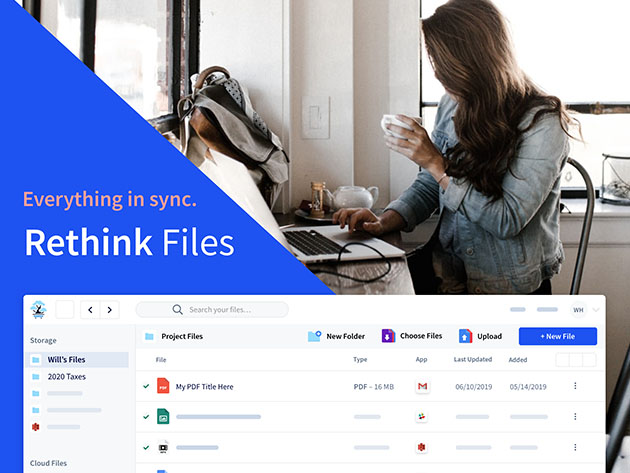 From OneDrive to Slack, there are numerous ways to store files online. Because many platforms offer a certain amount of free storage, it makes sense to mix and match. However, spreading your files across multiple apps can make things very confusing.

Rethink Files offers a simple solution. By connecting to all your other cloud storage accounts, this platform offers access to every file in one slick interface. Better still, every user gets 2TB of secure cloud storage.

Even if you know where to look for any given file, skipping between different apps is a colossal waste of time. Working through a central hub makes for a much smoother workflow. Rethink Files works with a huge list of apps, including Google Drive, Dropbox OnDrive, Amazon S3, Slack, Box, Zoho, and many more.

The interface is reminiscent of Google Drive, with a clean design and colorful icons. The built-in search bar lets you find files quickly, and you can view rich previews of over 100 file types.

For anyone with data stored in the cloud, Rethink Files is an invaluable productivity tool. A 10-year subscription is worth $3,117.60, but you can order now for $49 with the 2TB of storage included.