The DudeRobe puts the traditional boring bathrobe to shame 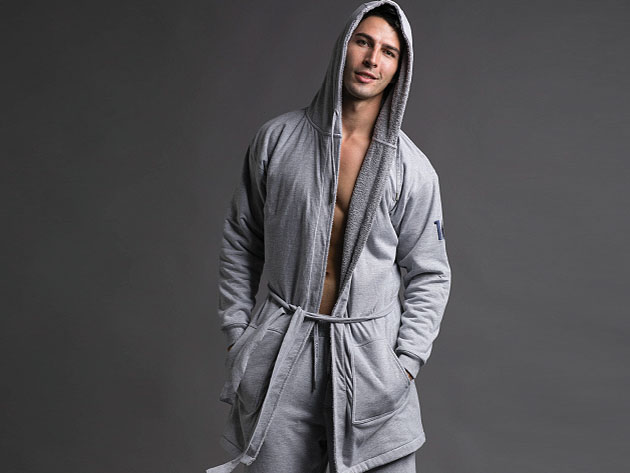 Whoever said style, comfort, and function couldn’t coexist in the same garment within the same universe clearly hasn’t seen the DudeRobe—an unapologetically unique men’s hooded bathrobe that’s guaranteed to keep you both comfy and cool wherever your awesomeness may lead you.

A modern twist on the boring and underwhelming old bathrobes that tend to adorn so many closets throughout the world, this effortlessly sleek and practical robe has been re-engineered into something that guys today actually want to wear.

The DudeRobe combines a classic hoodie fit and style with a sweatshirt look on the outside and a supremely comfortable robe on the inside—making it perfect for lounging around the home or attending your friend’s pool party in unparalleled style.

It’s made with a 100% cotton exterior and a 100% French Terry interior, and a Never-Lost Belt™ is permanently attached to the waist—meaning you’ll always be able to cinch up on the fly.

Treat yourself to a rare combination of eye-catching style and comfort with the DudeRobe: Luxury Men's Hooded Bathrobe while it’s available for 20% off MSRP at just $76.