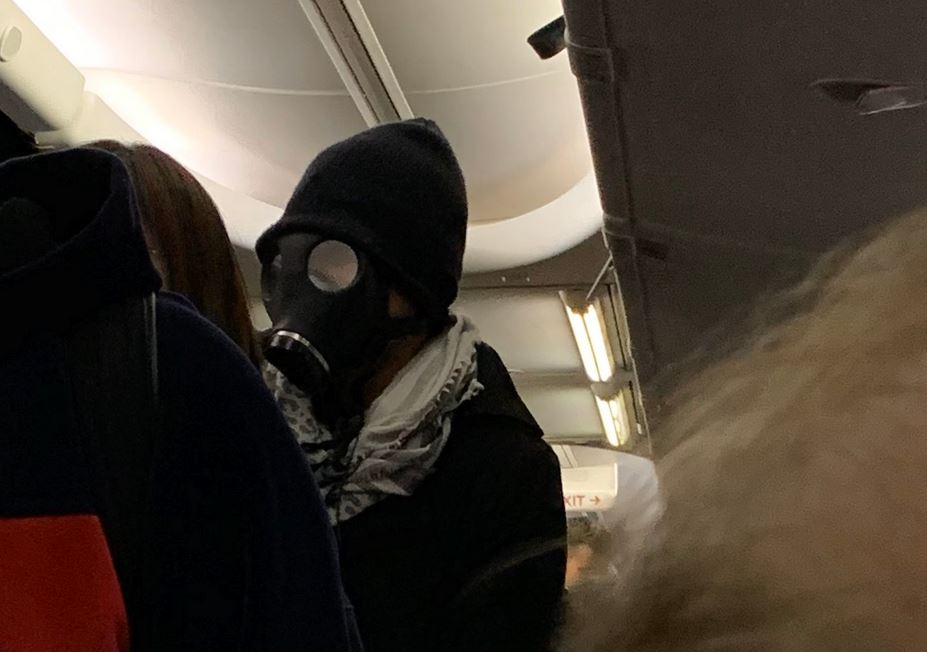 A man was kicked off an American Airlines flight Thursday after putting on a gas mask and refusing to remove it. Other passengers began to "panic", according to reports, and the flight was delayed an hour until he was kicked off.

Joseph Say posted a photo of the masked man on Twitter.

Mr Say said he initially thought the gas mask was related to the new coronavirus, which has killed 259 people in China.

"But then I noticed it didn't have the filter, so that didn't really make sense," he added. "What we heard from the lady sitting next to him was he said he wanted to make a statement. I don't know what the statement was," Mr Say said.

@AmericanAir , Just FYI flight 2212 to Houston was delayed an hour because you let this guy on the plane wearing a gas mask. This then panicked people on the plane and we had to wait for him to be escorted off. @abc13houston @KHOU @HoustonChron @KPRC2 @FOX26Houston #trainbetter pic.twitter.com/mZkWea606d