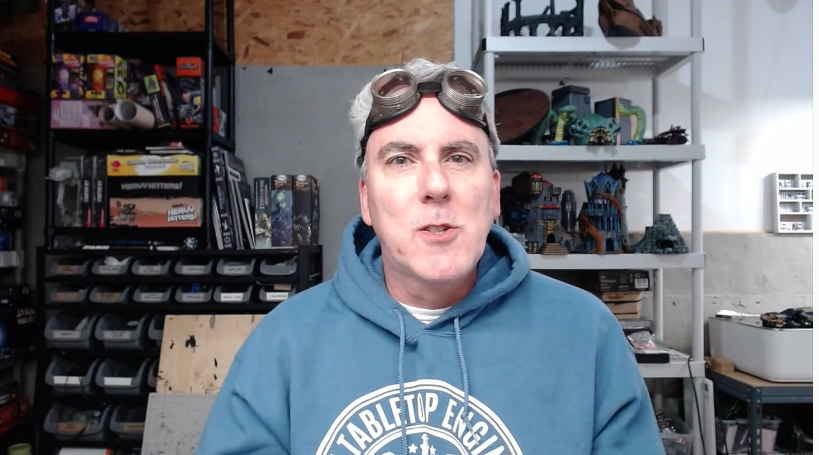 Like me, Jim was a lover of 80s roleplaying game fanzines. Unlike me, he's decided to use Kickstarter's Zine Quest 2 campaign as an excuse to try his hand at creating one of these homemade, old school zines. His zine, entitled Tavern Tales #1: Lair of the Battle Mage, will be a 32-page mini-adventure delivered in the format of the classic gaming zine (5.5" x 8" size).

To honor the fun and uniqueness and rarity of the handmade, old school fanzines that have survived from the 70s and 80s, no more than 300 physical copies of Tavern Tales #1: Lair of the Battle Mage will be printed and mailed to backers. I'm going old school -- I'll be printing them, folding them, stapling them, and mailing them. I've created the 300 limit because I can only print, assemble and ship so many in the month of October. (Yes, more of Niloshis' tales may make an appearance in future zines, but not this one. Read it, play it, and then tuck it away for someone to discover in a few decades or more.)

If you haven't checked out the Zine Quest 2 campaign, do! There is an embarrassment of retro-gaming riches here.