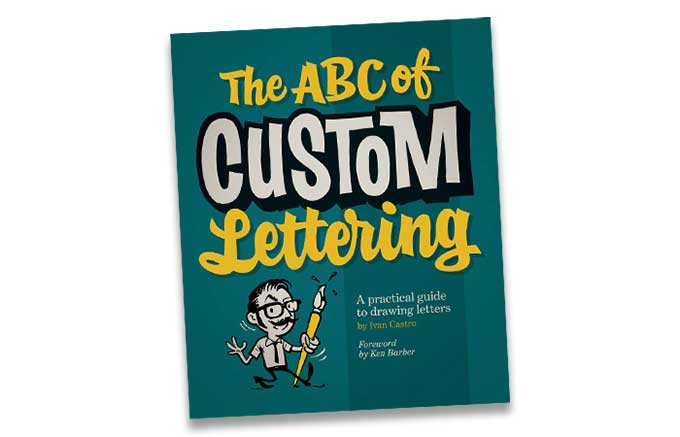 I love old paperbacks, especially their great hand-lettered titles. I grabbed a few from my shelf to show you what I mean:

Not many books feature hand-lettering, but there are still a number of people who keep the tradition alive. Ivan Castro, a graphic designer in Barcelona, Spain, is one such craftsman. He teaches lettering in design schools, and his book, The ABC of Custom Lettering is a beautiful and practical guide for the aspiring letterer.

Here are some sample spreads: