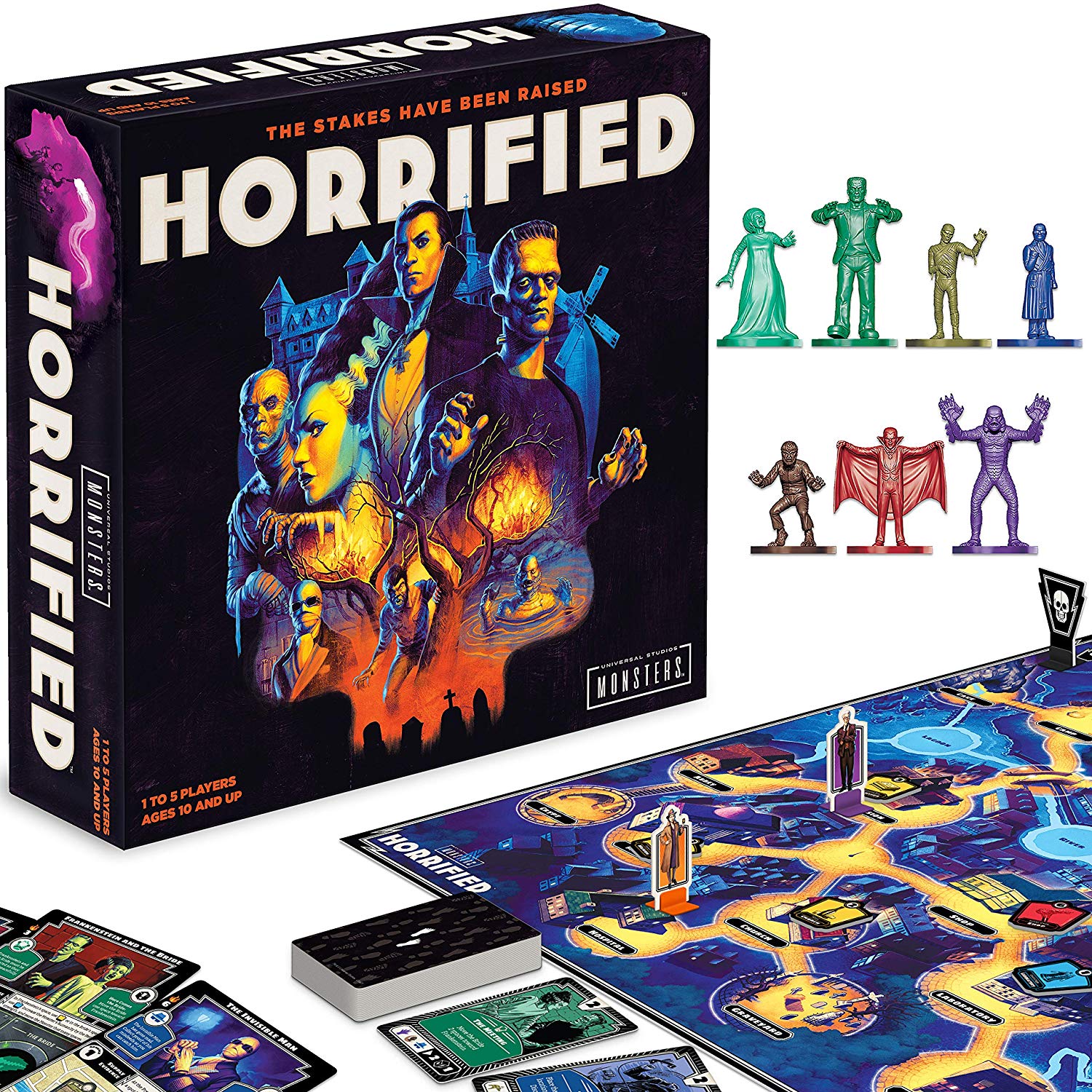 The online gaming portal, OnTableTop (formerly Beasts of War) is trying to establish February as "Snag-a-Normie" month. The idea is for tabletop gamers to try and bring their friends and family over to the dark side, to expand the hobby gaming community, and to find more players for yourself. As a life-long tabletop gaming enthusiast, I am all for this.

As my Snag-a-Normie contribution for the month, I thought I'd share a few ideas for what I think are great gateway games for getting newbies interested in tabletop miniature games, card games, and fantasy and sci-fi board games. These choices represent my particular interests, so this is far from a universal list. YMMV.

Wildlands - This 2-4 person board game with gorgeous ink-washed minis is easy to pick up and really gives players the feel of a dungeon delver without too much heavy lifting learning a lot of rules up front. Most of the action is card-driven. Here's my earlier review.

Keyforge - This card game is cheap to get into. Each player (2) needs a deck of cards and the rules are free online. Every deck is unique, so you're forced to learn to leverage the strengths of the deck you have (and to overcome its weaknesses). The rules can be a little fussy to understand at first, but once you get beyond that, it's pretty straight forward. My review.

Escape from the Dark Castle - My girlfriend is not a gamer, but we've played this dungeon-delving card game together and she loves it. Quick, easy, fun, with a nice, funky, old-school RPG art vibe.

Relicblade - Support indie games! This game, by the amazing artist and game designer, Sean Sutter, is relatively inexpensive to get into and you get the full tabletop hobby experience of building a small faction, painting up the minis, creating terrain, and playing a narrative-driven fantasy skirmish game. Read my review.

Fluxx - Fluxx is a family of card games (Star Fluxx, Firefly Fluxx, Cthulhu Fluxx) where the rules change as you play. Most everything you need to know is printed on the cards. I don't think I've ever played one of these games where the players (both newbies and seasoned) didn't enjoy themselves. And, because there are so many themes and IPs available, you can find a thematic hook that should appeal to just about anyone.

Horrified - In this board game with minis, you and the other players work together to fight the classic Universal monsters (Frankenstein, Dracula, Wolfman, etc.) while trying to escort terrified villagers to safety. Relatively easy to pick up and the difficulty of play is adjustable depending on how many monsters you field. This is a fun family game. Read my review.

Dixit - Here's a game we've played at parties, and everyone, at whatever game interest, has greatly enjoyed it. Players try and match an uttered statement to a series of dream-like storybook images in their hands. It's the kind of free-association game you can play while casually hanging out and partying. And if you get into it, there are tons of expansions packs for it.

So, these are some of my faves. Please share some of your favorite gateway games in the comments. And let's snag some normies!