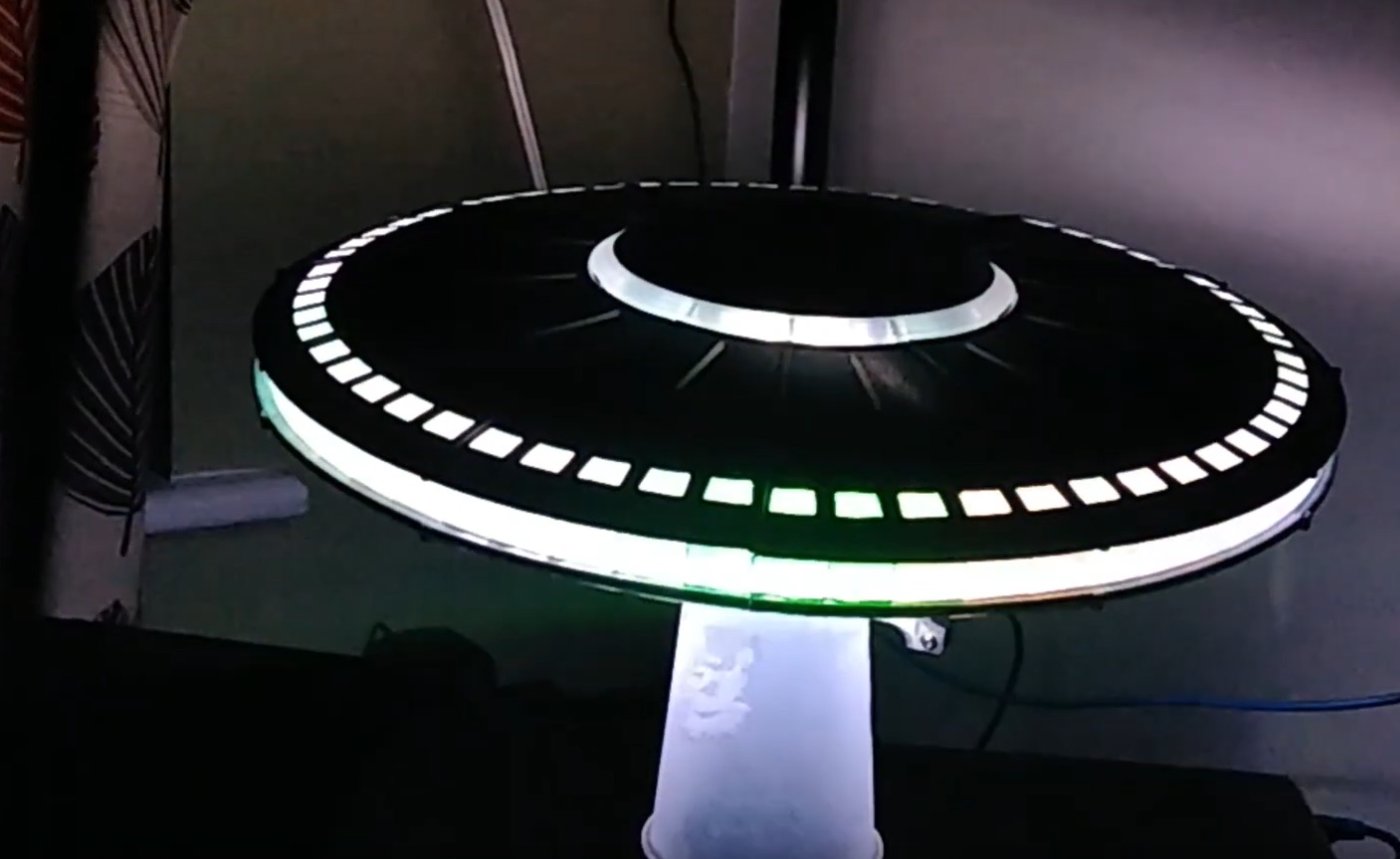 The inner ring of the saucer contains 12 LEDs behind diffusers made from a ring of transparent PLA with black PLA colour separators, which are lit according to the current hours. The minutes and seconds are shown on the outer 60 LED ring. This also displays the hour as a series of 5 LEDs lit blue and also hour markers shown at spacing of every 5. There is plenty of scope to tune the colours and display.

This footage appears to be a telescopic shot of the moon in daylight. The camera zooms in on the sharply-lit crescent horizon. This reveals several objects apparently flying close to its surface, casting convincing shadows as they move from sunlight into darkness. The objects are clearly miles long, given the scale involved and the shadows […]