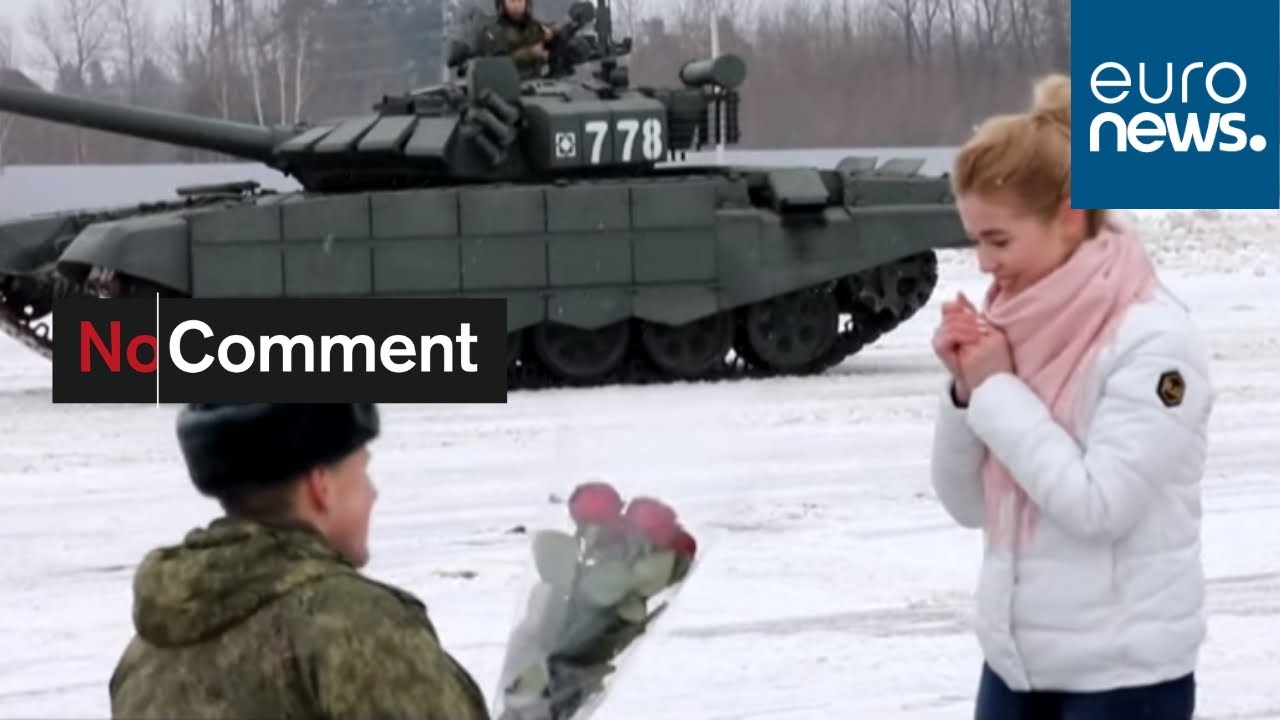 This awkwardly-sweet-in-a-distinctly-Russian-way fairytale gets even weirder when you realize that Koptyova and Kazantsev were … actually already married. He had previously proposed on New Year's Eve 2017, at a time when they were living in separate cities, and got to enjoy a whole two weeks of marriage in St. Petersburg in late 2018 before he was re-deployed to Siberia. It's not clear if Kazantsev is taking a leave of absence to be with Koptyova, or if this was just a general romantic surprise before he's re-deployed away from her, or why the Ministry of Defense-owned Russian news networks were on hand to cover the event. But hey, from Russia with love, am I right?