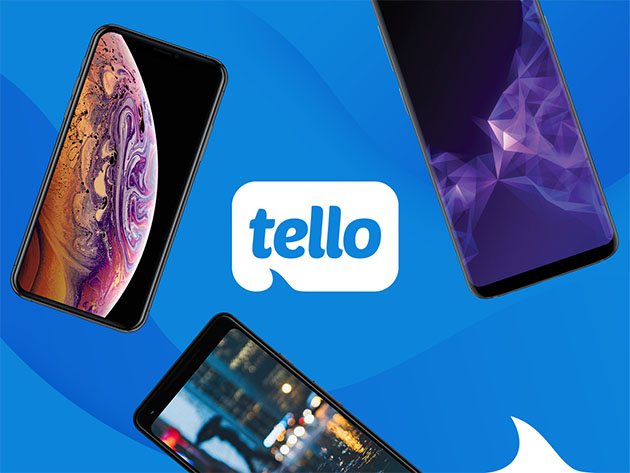 While mobile devices are all but essential and the center of so many individual universes these days, find one person who loves their wireless plan with that type of passion.

Didn’t find anybody, did you? That’s because most wireless plans are designed for the convenience of the provider and will nickel-and-dime you into the poor house if you step outside their terms of service.

Instead, you can dump service plans and contracts entirely with a prepaid six-month Tello Value talk, text and data plan. You can get one now for just $49, over 40 percent off the regular price.

With a Tello plan, you can make and receive unlimited calls and texts across Sprint’s nationwide 4G LTE network. You can even call Canada, Mexico or China with your minutes and Tello will even throw in a free hotspot. You’ll also get up to 2GB per month of data — and if you go over your limit, you’ll automatically kick over to unlimited 2G data service with no extra charges.

If you want international calling or texting, you can add a Pay As You Go feature. And after six months, you can upgrade or downgrade your plan as needed.

It’s worth it just to be out from under the yoke of an expensive, restrictive service plan. Regularly $84, you can get it right now for just $49 with this offer.