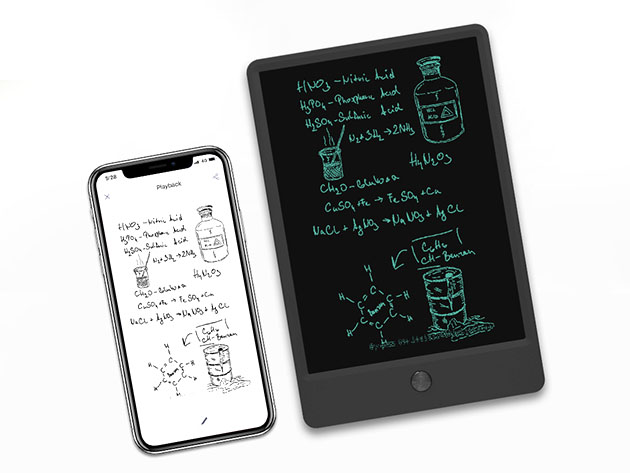 From outlines to lists to freeform scrawl that tumbles and twists its way across a page, everybody’s got their own style for taking notes. That style often comes from years of scholastic and professional arenas, refining the process for retaining key information that works best for you. And, as you probably learned from borrowing your buddy’s chem notes, trying to decipher somebody else’s takeaways from a lecture or assignment often requires a cryptography course of its own.

Technology is now stepping in to help put some form to all that note-taking function with the help of tools like the NEWYES Smart Pen and Writing Pad, a mostly paperless method of automatically digitizing and saving every critical piece of data — and even all your idle doodles.

The pen actually works two ways, with both traditional paper and ink or with full digitization. With the ink pen cartridge, you just jot down your notes as you would with a typical pen. However, by using the special NEWYES paper with its unique microdot pattern, your writings are tracked like GPS, immediately transferring what you’re writing in ink to a digital file in your connected phone or other devices.

Of course, if you want to abandon the old-school method completely, you can by changing to the stylus attachment and using the pen on the accompanying LCD pad, which also translates every pen movement on to your device.

In addition to capturing all your notes in digital form in real-time, the NEWYES app also lets you transform handwriting into written text for easier reading, record audio to accompany your note or capture video as your note is being written if you’d like to actually watch as your work comes to life. The NEWYES is also a workhorse, with up to 8 hours of battery life on a single charge.

The NEWYES lets you dump all that crinkled up notebook paper with all the torn fringe on the side for good, securing all your notes cleanly and digitally forever.