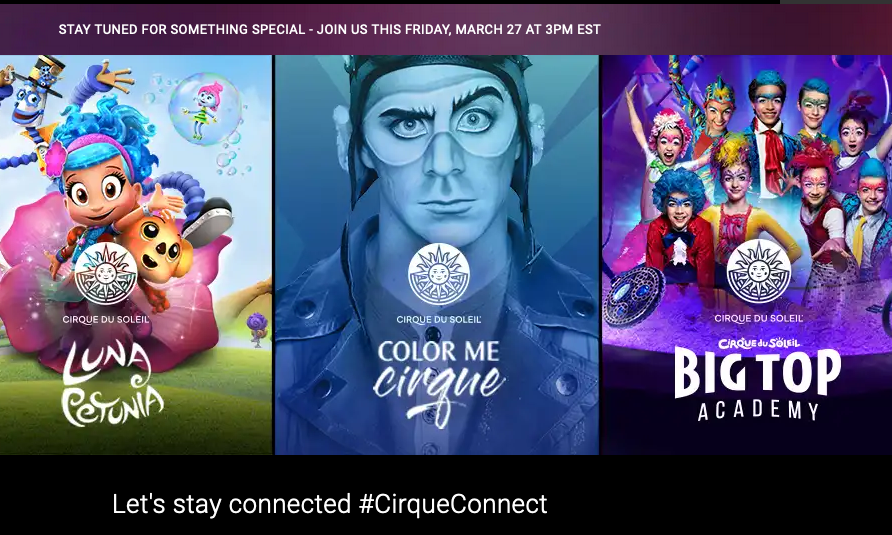 Las Vegas casinos and resorts, including the one that hosts Cirque's shows, are all shut down.

So many people are out of work in America. It's so awful.

The famed Montreal-based circus company, largely known for its regular shows in Las Vegas venues, had to temporarily lay off most of its staff after social distancing measures put in place to prevent the spread of the virus nixed its performances.

Cirque du Soleil is working with restructuring advisers to address a cash crunch and its roughly $900 million in debt, the sources said on Thursday.

Creditors are also in talks with advisers as they prepare for possible negotiations with the company, the sources said.

But IN RELATED GOOD NEWS:

Cirque just launched a new digital content hub called CirqueConnect that lets you watch a stream of past performances.

The first stream will premier on Friday, March 27, at noon PST, featuring a 60-minute special of the shows "KURIOS - Cabinet of Curiosities," "O" and "LUZIA."