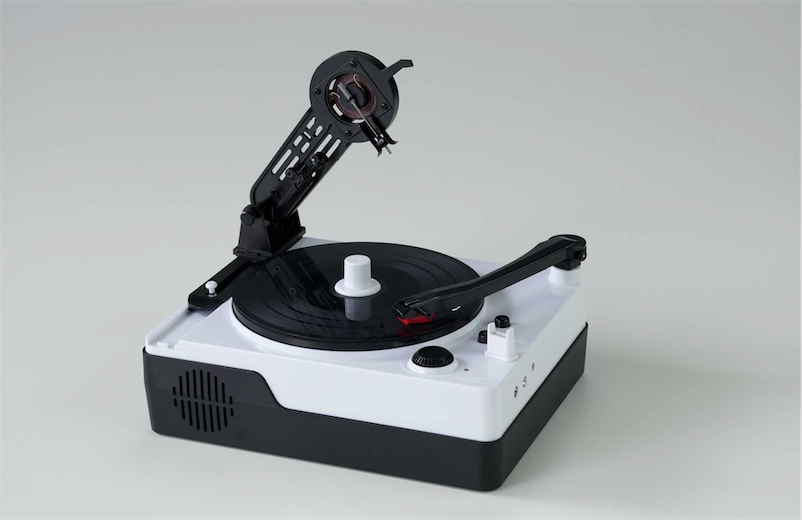 Designer Yuri Suzuki of Pentagram and killer Japanese electronic kit maker Gakken collaborated on this fantastic-looking Easy Record Maker. The US$81 (!) device enables you to cut and play your own (very) lo-fi 5" albums! Susuki will demo the device on his Instagram tomorrow. From DesignWeek:

The machine comes with ten blank five-inch discs [with more available for purchase]. You can plug in the audio source from any device, such as a computer or phone and then “engrave sound directly from the recording stylus,” Suzuki tells Design Week. You can then instantly playback sound using the tone arm and in-built speaker...

“When I was a high school student, I was in a punk band – my friends and I always dreamed of pressing a record, but we knew how expensive it was,” he explains. “Personally this device is my teenage dream machine!”

You can also design your own label and sleeves, which is another “platform to express yourself”, Suzuki adds.