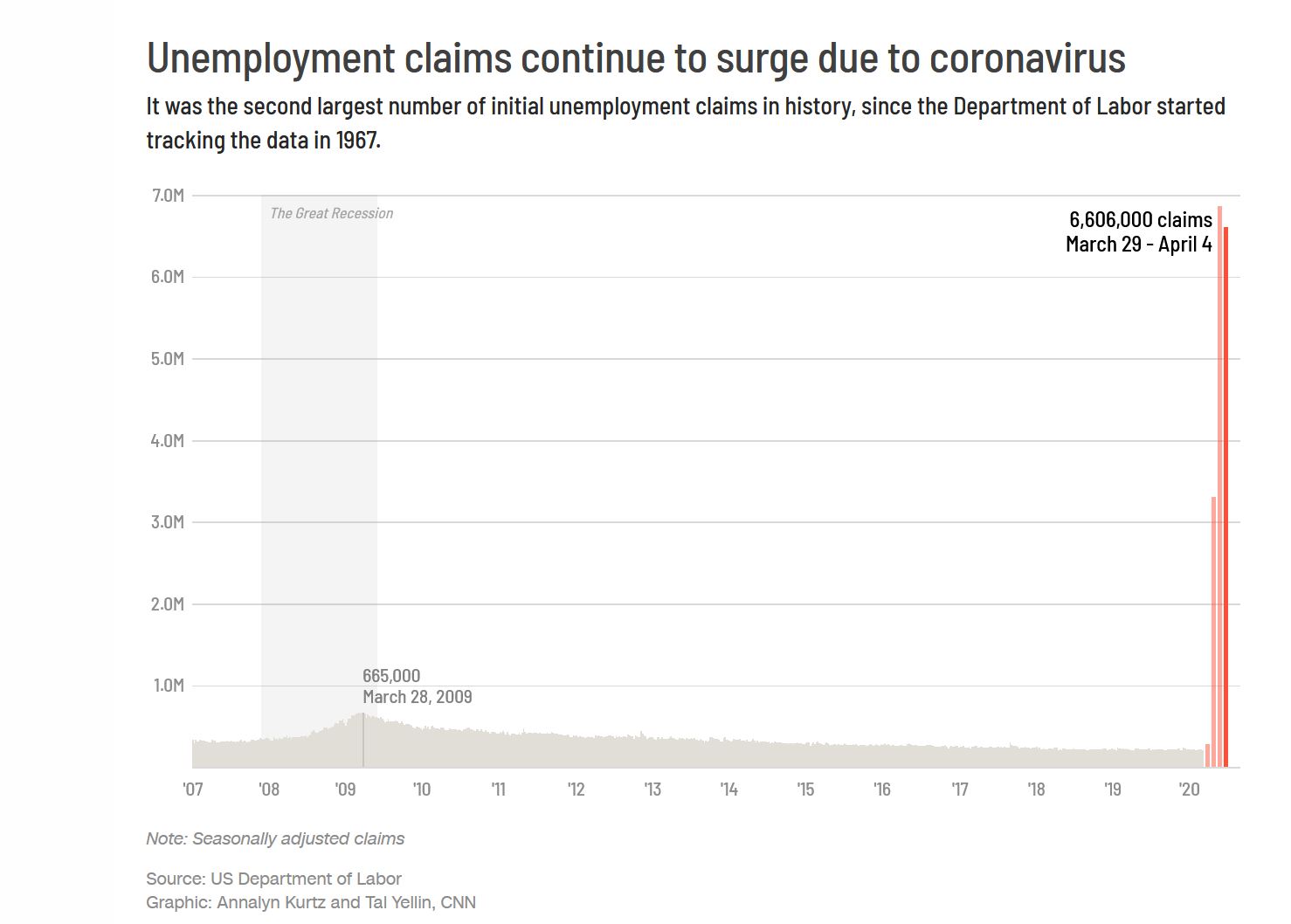 Economists are expecting job losses will continue, with the unemployment rate peaking in the double digits sometime in the next few months, up from 4.4% in March. Bank of America economists predict employers will cut between 16 million and 20 million jobs, with the unemployment rate peaking at 15.6% between now and June. If that's the case, it could take at least a couple years for unemployment to return to its pre-pandemic levels.
The recoveries from both those downturns were painfully slow, dragging on for years. Economists are hoping the recovery from this downturn will be faster, but ultimately, that will depend on when the coronavirus outbreak is contained.