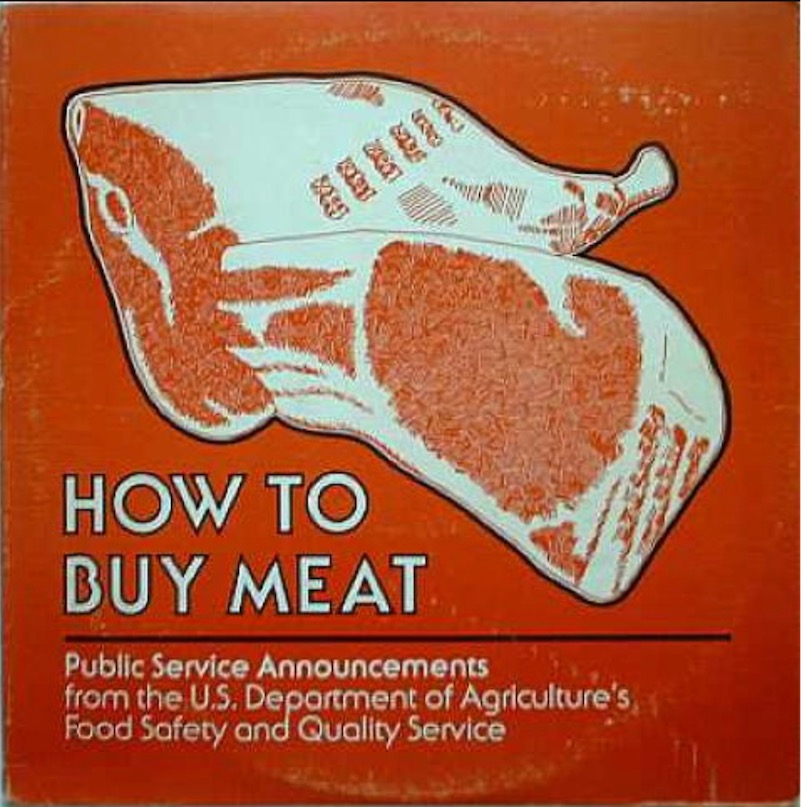 In the late 1960s, the US Department of Agriculture released this LP titled "How To Buy Meat." The voice is that of Sandra Brookover, Consumer Meat Specialist. The record, a collection of public service announcements, was meant for radio stations and never saw a commercial release. Due its scarcity, I expect the imminent release of a 180 gram, gatefold reissue of the record. Limited edition, 'natch.

Have a listen: "How can you tell a blade chuck roast from an arm chuck roast?" (MP3)