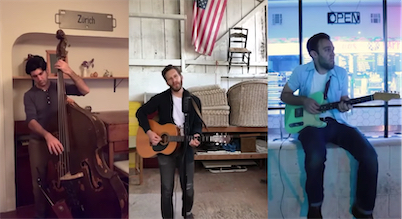 Faced with forced isolation, creative musicians are pushing the limits of telepresence tech to play together, apart. In the video above, my favorite roots rockers The Americans cover Tom Waits' "Hold On" from three different locations connected only by iPhone. The result is magnificent.

Below, The Americans' soulful take on Guitar Slim's 1954 breakthrough R&B hit "The Things I Used To Do." See more clips on their Facebook page.