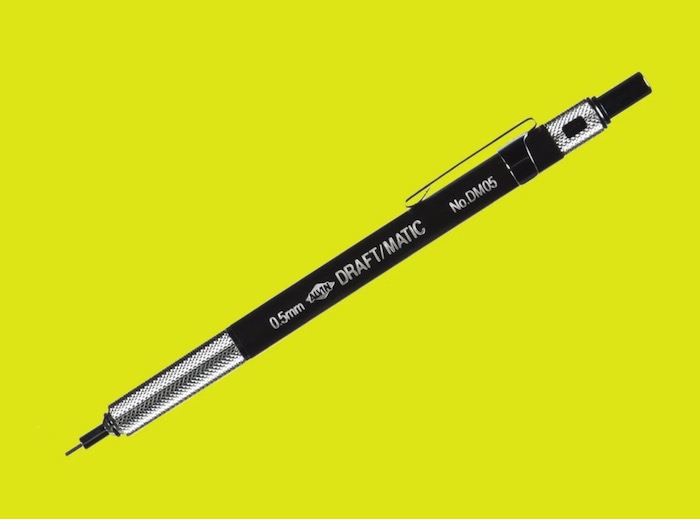 I worked as an engineering intern for a couple of summers when I was in college. I shared a cubicle with a draftsperson named Laura. She was obsessed with two things -- being a member in good standing of an outlaw motorcycle gang, and her drafting materials, especially her mechanical pencil. I liked her very much, but one time I made the mistake of borrowing her pencil while she was on a cigarette break. When she came back and discovered me using it she was so mad I thought she was going to stab me with it. I remember her describing the pencil as her "bread and butter." I promised I wouldn't use it again and we got along wonderfully for the rest of the summer.

I'm 99% percent sure the pencil she owned was an Alvin Draft-Matic 5mm. They are available on Amazon, and reviewers love them. I bought one a few years ago and is a pleasure to use and not get hollered at.

If you want to be truly-bad ass, you can get a set of 3 in various lead thicknesses, stored in a "leather-look" pocket pouch.