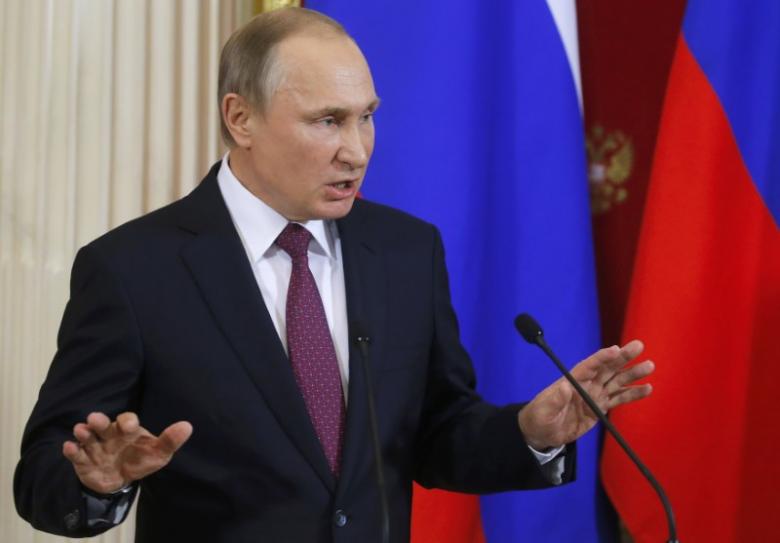 A senior Russian official expressed support for the World Health Organization and Russia's ally China in an interview published Tuesday.

On Monday, impeached U.S. President Donald Trump threatened to freeze WHO funding, and continued to push disproven conspiracy theories about the origins of the novel coronavirus in China.

Tweets from Russian state media and from international media observing today's remarks, below.

• PREVIOUSLY:
The Lancet fact-checks Trump's letter to WHO and Dr. Tedros

#UPDATE President Trump has threatened to pull the US out of the World Health Organization, saying it botched the global #coronavirus response and was a "puppet of China" -- prompting rebuke from Beijing which said Washington was "shirking responsibility" https://t.co/dXfCoAVeF1 pic.twitter.com/ulRRj8vhUj

#BREAKING | 'US attacks are untenable': Russia criticises Trump's threats against WHO https://t.co/wqPiafp8Ib#SputnikBreaking pic.twitter.com/l0e0JvSVLm

Russia will oppose any "mock trial" of WHO, China over coronavirus, senate speaker says https://t.co/735igi0qLb

⚡️#Russia 🇷🇺 has just been elected to the #WHO Executive Committee. We are ready for constructive work and substantive contribution to the work of the Organization and global cooperation in the field of health. pic.twitter.com/hmdl2Kqdu8