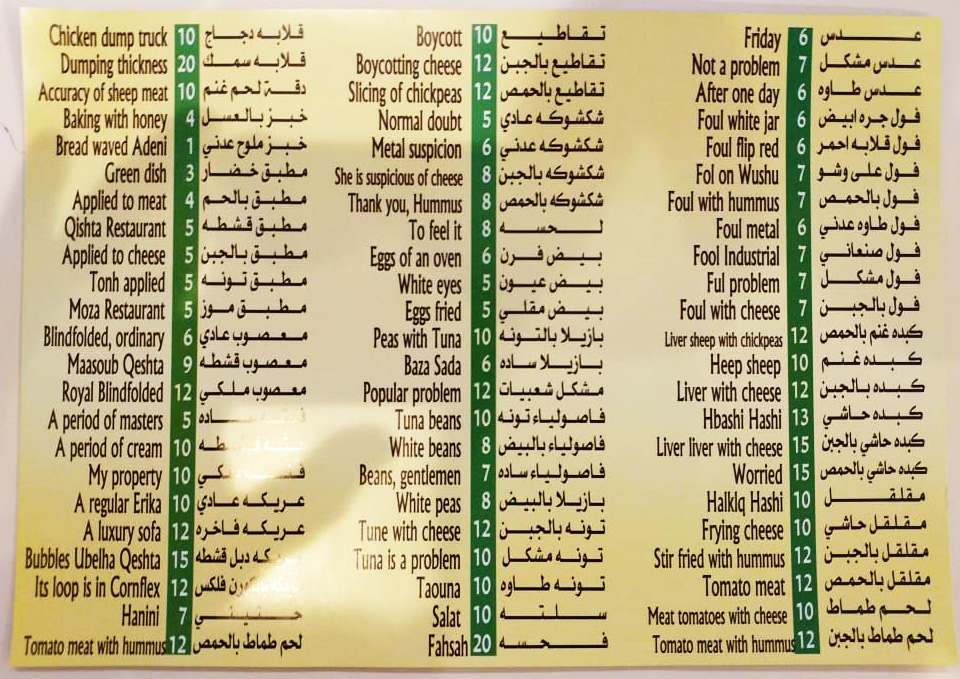 Concept artist and illustrator Vlada Monakhova (artstation, ko-fi) reports that a family acquaintance is "stuck in a hotel in Saudi Arabia" but has been given a menu to work their way through until the pandemic lockdown lifts.

Do I have any Arabic speaking followers that can help make sense of this but also, tag yourself, I'm "Normal doubt" pic.twitter.com/MVemyCCON9

I'd like to try the she is suspicious of cheese, please.