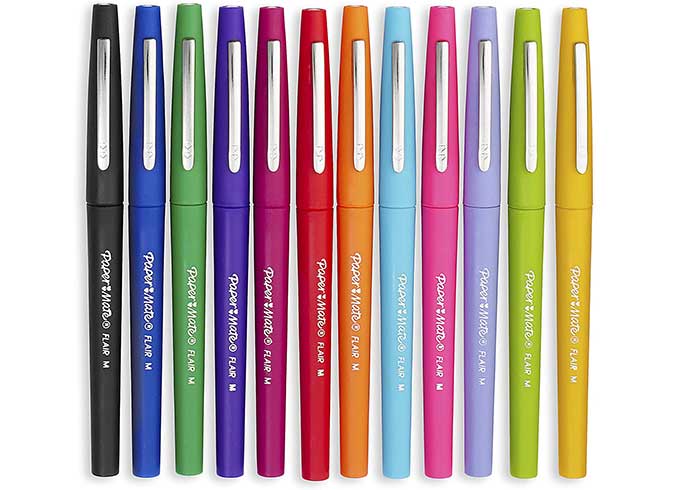 Paper Mate introduced the Flair felt tip pen in the 1960s. I liked them when I was a kid because the lines were so clean and you could vary the line width. I kind of forgot about them until I was at Maker Faire and my toy inventor friend, Bob Knetzger, said he uses them to produce his wonderful sketches. They are also cheap! You can buy a dozen black Flair pens or a set of 12 colored ones.