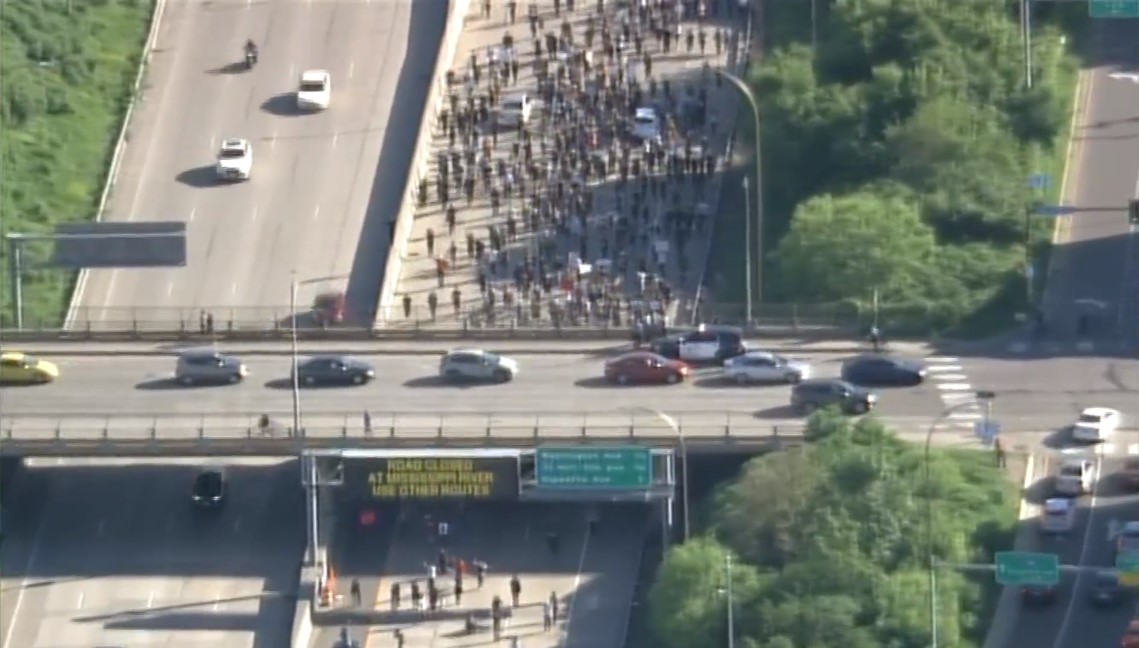 Protest disrupts traffic on I-35W at University in Minneapolis https://t.co/5GeqUKKadr

Protesters are shutting down interstate 35 in Minneapolis #Minneapolis #GeorgeFloydProtests pic.twitter.com/v7evgaVmfj

Protest is blocking all of I35W in Minneapolis, crossing the Mississippi. pic.twitter.com/YTiepwYWrB