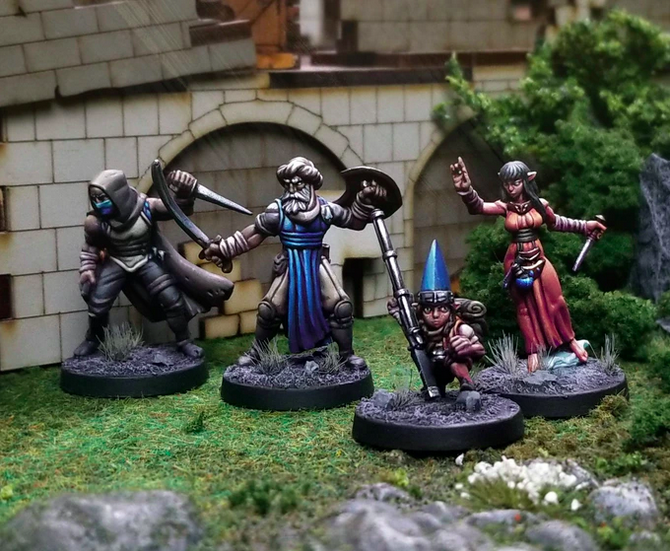 It seems weird to be writing about something as frivolous as a game while the world is infected and on fire, but we do need a little distraction and joy to keep us sane, and for some of us, the gaming hobby offers just that.

Sean Sutter, the one-person game designing artistic juggernaut behind the fabulous fantasy narrative skirmish wargame, Relicblade just launched a Kickstarter for his latest product, a two-person starter set. Within 30 minutes, he had blown past his funding goal and is currently over $40,000. For those of us familiar with this game, this is no surprise at all. To know Relicblade is to love Relicblade.

While I am a huge, lifelong fan of the tabletop gaming hobby in general, I especially adore indie games that are basically the vision of one artist. Relicblade is such a wonder. Sean does nearly everything. He designs the games, writes and lays out the rulebooks, does all of the art, sculpts all of the miniatures. This would all be impressive enough, but the quality with which he does it all makes it even more impressive. His product line confidently stands next to the big dogs in the industry.

The latest campaign, called Storms of Kural, is a two-player starter set designed to provide everything needed to enter the world of Relicblade. There are two main pledge levels, one at $100 for the rulebook, minis, cards, and tokens, and one at $85 for people who already own the rulebook.