This broadbeam LED headlamp illuminates a wide area around you 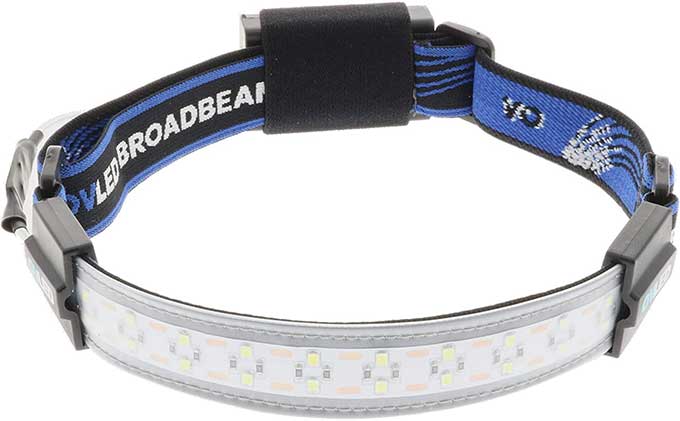 I have a couple of different headlamps and this broadbeam LED headlamp, which uses a strip of 20 LEDs is my first choice for doing any kind of work in dark places. It lights a wide area and is very bright. It's lightweight, too. It uses 3 AAA batteries and has an easy on-off touch sensor switch.