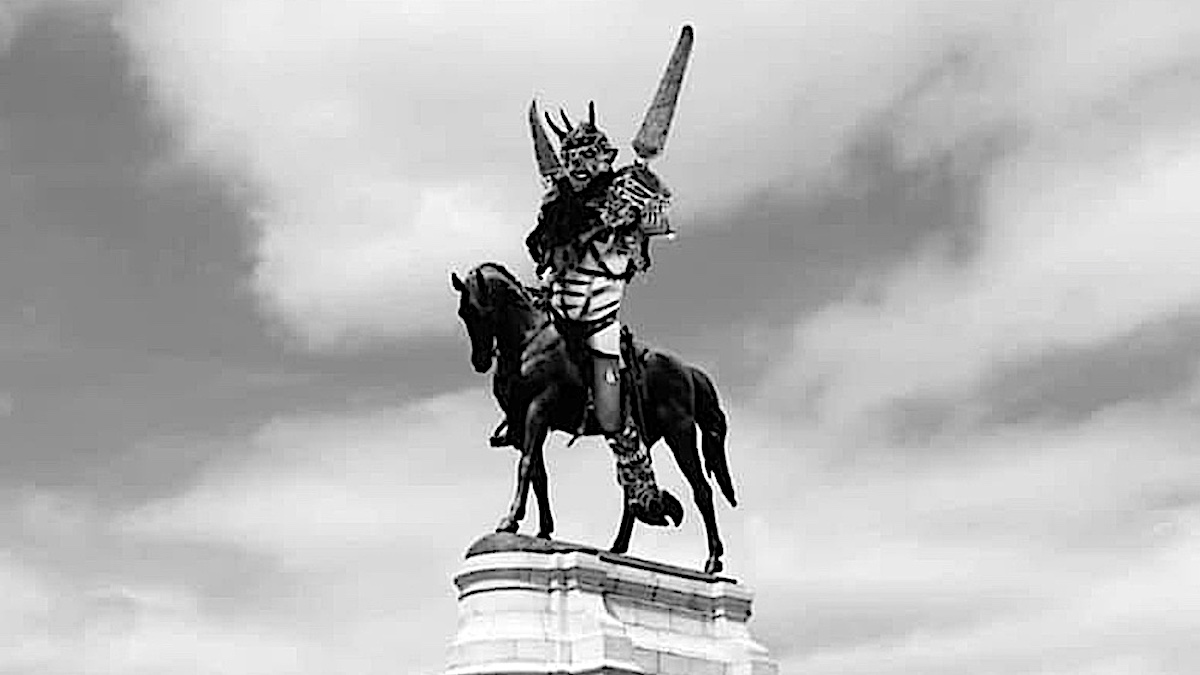 Perfect. A petition is being circulated on Change.org to replace Richmond, VA's Monument Avenue statue of Robert E. Lee with Oderus Urungus (aka the late Dave Brockie) of GWAR.

“Robert E. Lee is a failed war general that supported a racist cause. For too long, the city of Richmond has been displaying statues of him and other loser civil war veterans.

We the scumdogs of the universe call on the city of Richmond to erect a statue of great local leader Oderus Urungus in its place. While Oderus comes from the planet Scumdogia, he called Richmond his home, working with the local art community and employing local artists and ladies of the night.”

Apparently, the petition got started when GWAR dancer and backup vocalist, Slymenstra Hymen (aka Danielle Stampe), posted a Photoshopped image of Oderus in place of Robert E. Lee. A GWAR fan decided to post the idea as a real petition. The original goal was 500 signatures and a few laughs. They are currently up to 7,900 signatures and counting.