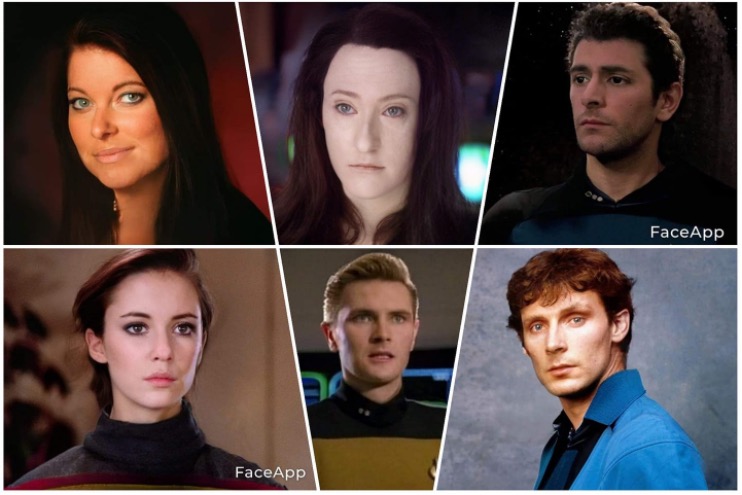 Want to see more of this? Fans of the various Star Trek series have been using FaceApp, the popular smart phone facial editing software, to alter the faces (and gender expression) of popular Star Trek characters.

You can see many more on the Star Trek Shitposting Facebook group.