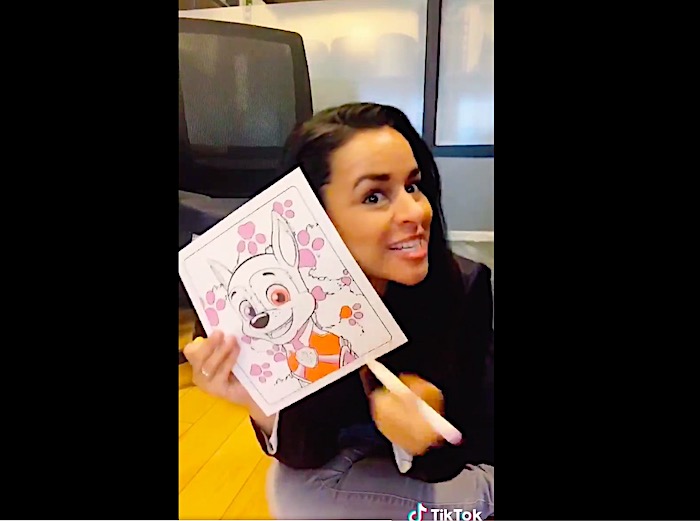 An excited Trump proudly displays his cognitive test to the camera as he boasts that he aced it. Good job, li'l Donny!