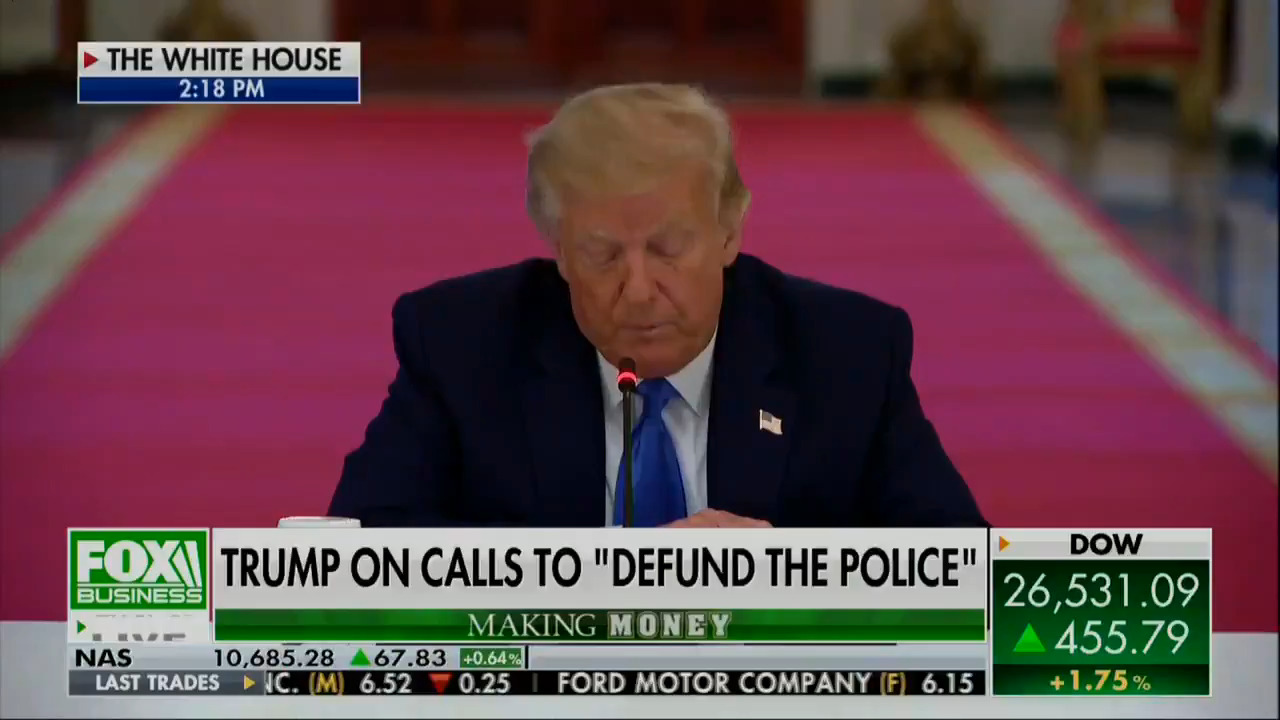 The federal government cannot “take over cities,” but that didn't stop Trump from threatening it today, and sending a message of hate and fear.

"Numbers are going to be coming down even if we have to go and take over cities," said impeached U.S. president Donald Trump today, in a word salad series of lies about violent crime.

"Number are gonna be coming down even if we have to go in and take over cities ... We're not supposed to, we're supposed to wait for them to call, but they don't call."

Trump on rising violent crime in big cities: "Number are gonna be coming down even if we have to go in and take over cities ... We're not supposed to, we're supposed to wait for them to call, but they don't call." pic.twitter.com/DqSoefN6L9

It's important to say that Trump legally can't do things he threatens, like revoke universities' tax exempt status to punish their speech or "take over" cities. That's because he's trying use threats to do illegal shit to achieve authoritarian ends the Constitution bars. https://t.co/lJXziMEdXG

JUST IN: President Trump says federal government may "take over cities" to combat rising crime: "Numbers are going to be coming down even if we have to go and take over cities." pic.twitter.com/yaaCLn5IW1