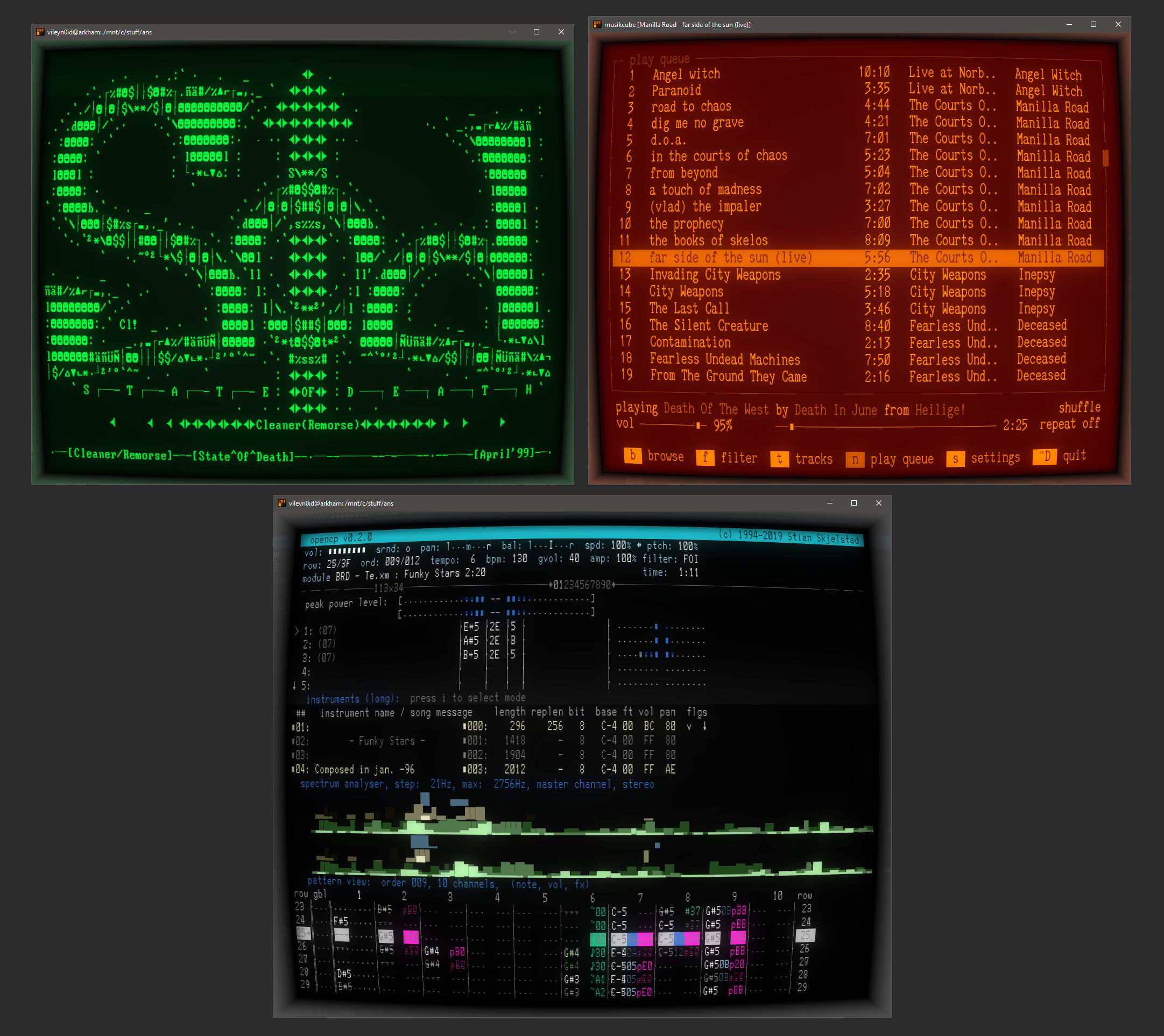 I've posted about the Oldschool PC Font Resource before, but the latest version of its ultimate font pack radically expands the project. The new pack adds 133 new font families, embedded bitmaps to sharpen TrueType rendering, .woffs for use on the web, and bugfixes throughout the entire set, released under a free Creative Commons license.

Check out the showcase page.

If you have any fonts from v1.x of the pack installed on your systems, I
*strongly recommend* removing all older "Bm" and "Px" fonts before you install
any from v2.0. Quite a few fonts have been renamed or have changed roles, so
keeping the older versions will leave you with duplicates and with an
inconsistent set.