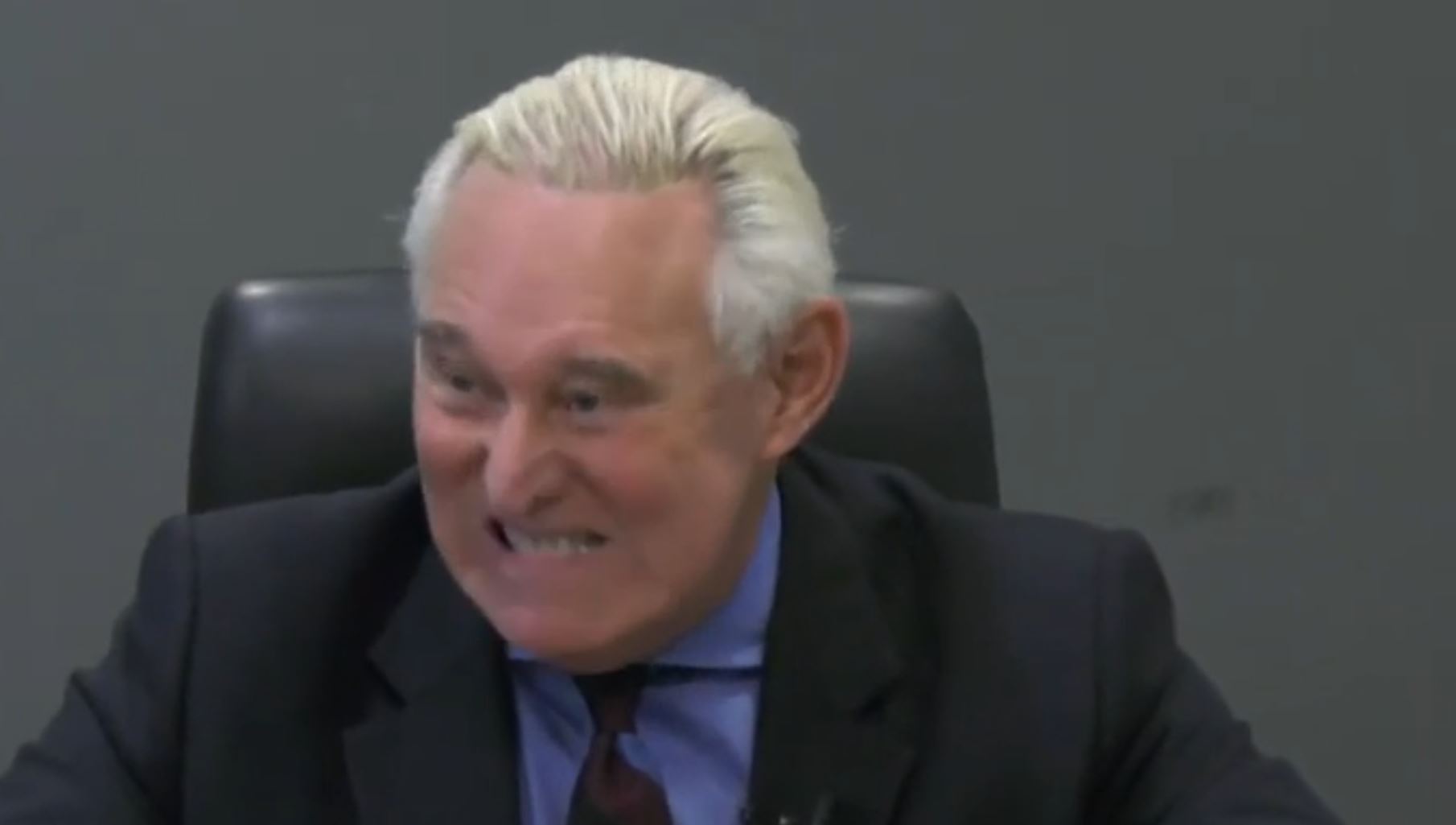 "There are thousands of people treated unfairly daily," O'Kelly said. "Hell, your number just happened to come up in the lottery. I'm guessing it was more than just luck, Roger, right?"

Stone was silent, then it sounded like he was either away from the phone or covering it up when he said, "I don't really feel like arguing with this negro."

The statement is at about 12m 30s in on the tape. It's very quiet on a low-quality audio stream and Stone's trying to claim he said something else, so here's the remark with the volume increased (ie. normalized to -0.1db in Adobe Audition):

An emerging excusensus on the right seems to be that calling a black man "this negro" in 2020 isn't racist because that's what they wanted to be called during the Hoover administration.