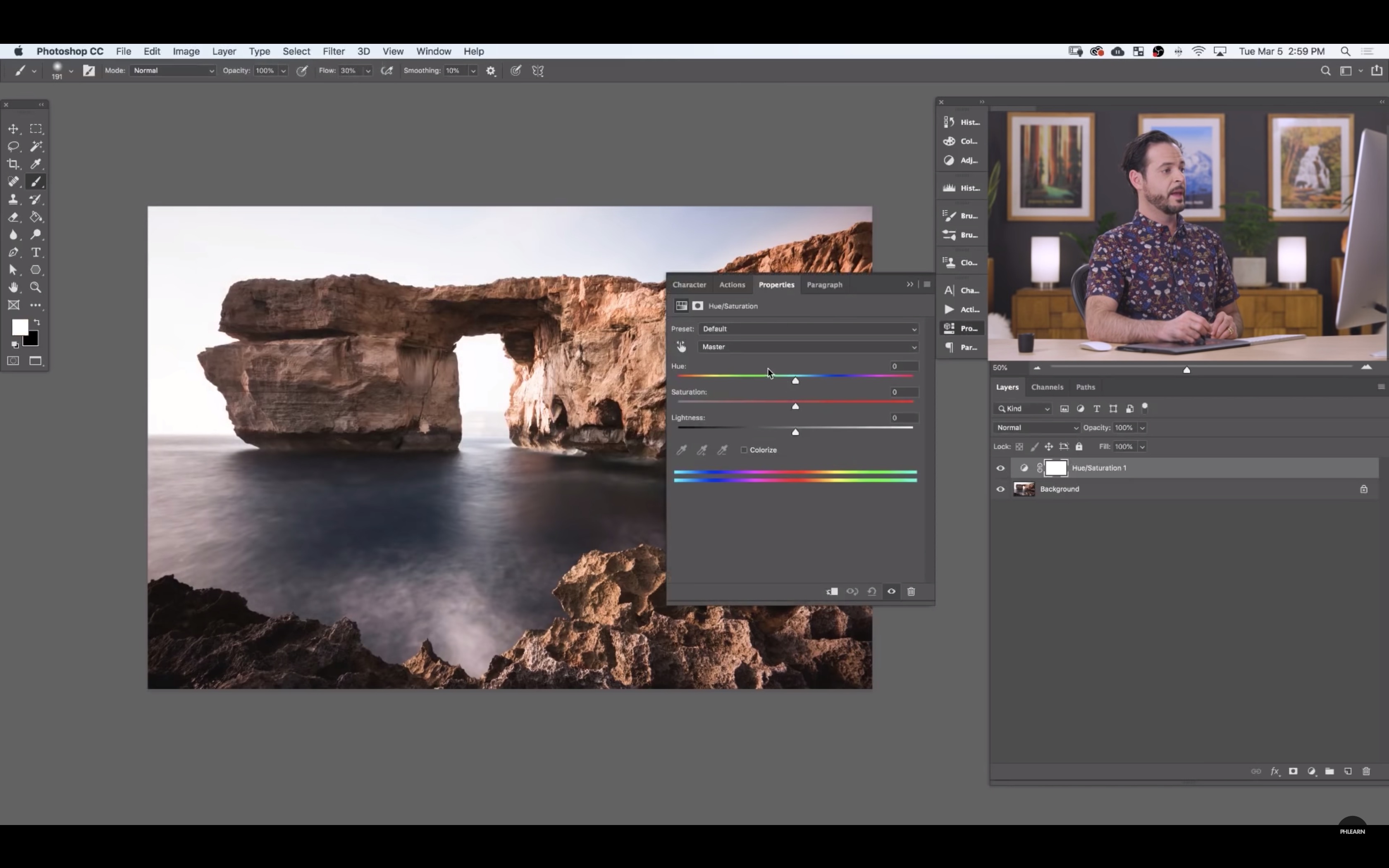 I've been using Photoshop for years, but I don't know what I'm doing. When I get stuck, I often turn to the YouTube channel Phlearn to learn how to do something. In this easy-to-understand 10-minute video, I learned how to use adjustment layers to make changes to all colors in an image and how to use layer masks to changes the colors of certain areas of an image. I wish I'd learned about these a long time ago. Read the rest

If you're the sort to use fancy words, try Cleartext, a simple Mac text editor that won't let you. Read the rest

The goodies in my menu bar

David likes to tease me about the many items in my iMac's menu bar (above). Today I came across Brett Terpstra's post about his menu bar items. He even has a menu bar app called Bartender that adds a second row of menu bar items!

I plan to install some of Brett's favorites on my computer (Visits and Dropzone for sure) and make my row of menu bar items even longer.

Here are my current menu bar items, from left to right:

1. Fantastical. A calendar and reminder application that works with Google Calendars.

2. Airmail. The best email app for Gmail users. It takes a long time to load the email when I launch it in the morning, but it's much speedier than web-based Gmail. And it's only $2!

3. Tweetbot. It's not a very intuitive Twitter application (I still have trouble doing certain things because the interface hides a lot of stuff and puts things in the wrong place) but it's still better than any other Twitter app I've tried.

4. Google Drive. I switched from Word to Google Docs years ago. Google Drive, where I store my writing, behaves like an ordinary folder on my computer. Read the rest

I recently had a chance to visit NASA's Jet Propulsion Laboratory with Miles O'Brien. At the NASA center in Pasadena, engineers are readying for the long-anticipated landing of the Mars Curiosity rover on Aug. 5. During our visit, we met with the team behind a cool new iOS app from JPL: NASA's Spacecraft 3D, an augmented reality application that allows users to "learn about and interact with a variety of spacecraft that are used to explore our solar system, study Earth, and observe the universe."

Using a printed AR Target and the camera on your mobile device, you can get up close with these robotic explorers, see how they move, and learn about the the engineering feats used to expand our knowledge and understanding of space. Spacecraft 3D will be updated over time to include more of the amazing spacecraft that act as our robotic eyes on the earth, the solar system and beyond!

The app is really a ton of fun. You can download it here for free, iPad and iPhone and iPod Touch. Here's the JPL press release announcing its release. Read the rest