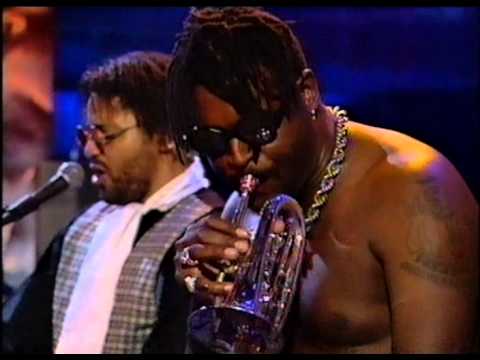 A windless sail and a waterless sea, a rusted ship and a discontinued journey. Read the rest

[Video Link] In this episode of Gweek, I interviewed Chris Metzler, the co-director and co-producer of the new documentary Everyday Sunshine: The Story of Fishbone. Chris co-directed another terrific documentary a few years ago called Plagues and Pleasures on the Salton Sea, and I interviewed Chris about it here for Boing Boing's Get Illuminated podcast.

I like this new documentary just as much as their first. Variety says it "uses clever touches and resists self-pity in casting the band's misfortunes." The reviews in the media so far have been very positive.

If you live in Los Angeles, don't miss the screening that will include a Q&A with filmmakers and band at the Laemmle Sunset 5 on October 21st. See a list of all screenings here.

Everyday Sunshine is a documentary about the band Fishbone, musical pioneers who have been rocking on the margins of pop culture for the past 25 years. From the streets of South-Central Los Angeles and the competitive Hollywood music scene of the 1980's, the band rose to prominence, only to fall apart when on the verge of "making it."

Laurence Fishburne narrates Everyday Sunshine, an entertaining cinematic journey into the personal lives of this unique Black rock band, an untold story of fiercely individual artists in their quest to reclaim their musical legacy while debunking the myths of young Black men from urban America. Highlighting the parallel journeys of a band and their city, EVERYDAY SUNSHINE explores the personal and cultural forces that gave rise to California's legendary Black punk sons that continue to defy categories and expectations.