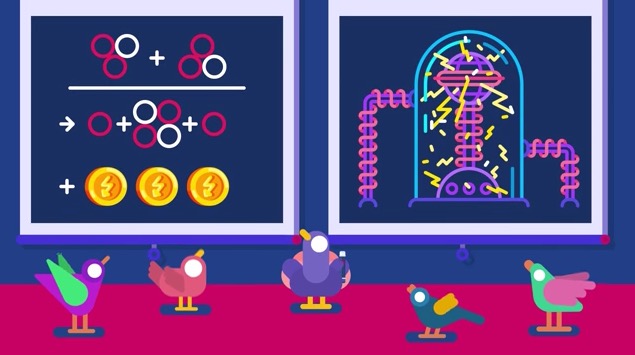 I love Kurzgesagt – In a Nutshell explainer videos. They are beautiful and well-produced. In this episode, they explain the future of fusion energy. Read the rest

Inside a nuclear fusion research lab

In downtown Cambridge, Mass., there's a research laboratory where scientists create plasma — the superheated, energy-dense gases that make up the Sun — and then try to manipulate that matter in ways that could, someday, be useful to the human race. Last week, the folks at The Physics Central Buzz Blog went inside this facility. Follow along on their virtual tour of a plasma physics lab. Read the rest

I'm not entirely sure what to say about this excerpt from a Washington Examiner interview other than, "*headdesk*".

Mitt Romney: I do believe in basic science. I believe in participating in space. I believe in analysis of new sources of energy. I believe in laboratories, looking at ways to conduct electricity with -- with cold fusion, if we can come up with it. It was the University of Utah that solved that. We somehow can’t figure out how to duplicate it.

I'm putting the entire quote after the jump, so you can get the full context of where this came from. It is worth noting that Romney seems to be referring to the 1989 experiments done by Stanley Pons (who worked for the University of Utah) and Martin Fleischmann. If you've ever dug into that particular bit of history, you'll find it sounds a lot like the arsenic life story from 2010—scientists announce huge news by press conference (in the case of Fleischmann and Pons the press conference happened before the research had even been through peer review); media goes apeshit; other scientists try to replicate the results and the vast majority fail miserably; finally, it eventually becomes clear that the researchers made some big errors in their data analysis and the original conclusions turn out to be incorrect.

Wikipedia has a pretty good breakdown of this history. Another good place to read about Fleischmann and Pons is in Charles Seife's book Sun in a Bottle, which details the history behind why fusion, in general, has long been more hype than happening. Read the rest