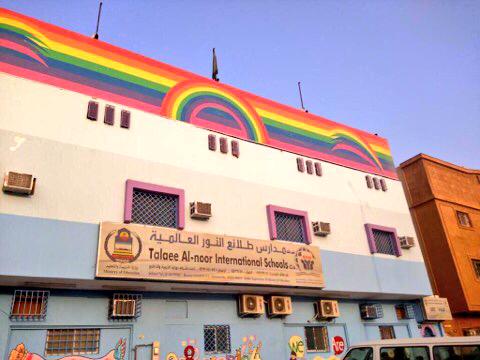 Stephen Fry interviews Dr. Joseph Nicolosi of the National Association for Research & Therapy of Homosexuality. Nicolosi's beliefs are so flatly pseudoscientific and Victorian (Homosexuality caused by parental neglect and emotional trauma, etc) that it'd be easy to make a fool of him--Fry, however, being Fry, lets him make a fool of himself. [Video Link via Gawker] Read the rest

Last wish of married lesbian soldier dying of breast cancer: "Let DOMA die before I do"

Charlie Morgan, a 47-year-old career soldier in the late stages of metastatic breast cancer, says she hopes to live long enough to see the federal Defense of Marriage Act (DOMA) overturned, so that her wife will receive the benefits that a widow in a hetero couple would receive. “I’m praying that they take it up soon,” Morgan told the Washington Post in a phone interview from her home in New Durham, NH “It’s my motivation for staying alive. I really need to be alive when they actually do overturn DOMA, otherwise Karen is not guaranteed anything.” Read the rest here. Read the rest

Gentleman is possessed by gay demons

Televangelist and tele-exorcist Bob Larson cleanses a man possessed by a gay sex demon. The lamest gay sex demon ever.

BB reader Jane Lowers sends along this beautiful BBC Radio documentary about two men in California who have been together for decades, now facing one's terminal pancreatic cancer diagnosis. "I know both of them; Eric was a columnist at a radiology magazine I used to work for," says Jane. "Their house is every inch as insane as described. But the story -- trying to decide how to deal with a diagnosis, how to use the time you have, and how it can affect relationships -- was very well-described, I thought." Read the rest

When Same-Sex Marriage Was a Christian Rite

Gwinna at anthropologist.livejournal.com writes: "Contrary to myth, Christianity's concept of marriage has not been set in stone since the days of Christ, but has constantly evolved as a concept and ritual. Prof. John Boswell, the late Chairman of Yale University’s history department, discovered that in addition to heterosexual marriage ceremonies in ancient Christian church liturgical documents, there were also ceremonies called the 'Office of Same-Sex Union' (10th and 11th century), and the 'Order for Uniting Two Men' (11th and 12th century)." (via @joshuahol) Read the rest

Richard Metzger over at Dangerous Minds points to a lovely children's book by Dyson's mom, titled My Princess Boy, and shares a surprisingly non-exploitative television interview with the boy's mom, dad, and older brother.

This child, I think it's clear, is going to be who and what he'll be. But unlike many kids like him, he's not going to grow up thinking there is anything wrong with who he is. This kid is FABULOUS and nothing less! With all of the gay bullying, suicides and the general anti-gay bigotry going on in rightwing circles, Cheryl, Dean and their older song Dkobe, deserve admiration and gratitude from the rest of us, for being such an amazing, wise examples for other people in their situation, with their loving parenting of their "Princess Boy."

You have to watch the video. Have some kleenex handy. I sure cried. It's right here: My Princess Boy: Meet the most awesome family in America (Dangerous Minds, thanks Tara McGinley)

Amazon Link for the book. Read the rest

Rep. Nancy Elliott (R-NH), in the video embedded above, explains why she opposes marriage between partners of the same sex. Snip:

I started thinking, and We're talking about taking the penis of one man and putting it in the rectum of another man, and wiggling it around in excrement, and you have to think.... hmmm, not sure, would I allow that to happen to me?

Rachel Maddow tears "Coming Out Straight" author Richard Cohen a new one. Cohen's work is cited as inspirational by authorities in Uganda who propose killing gay people. "You have blood on your hands," she says. Can I get an amen? Related: Rick Warren, silent enabler. Read the rest