Humanoid robot goes for a stroll 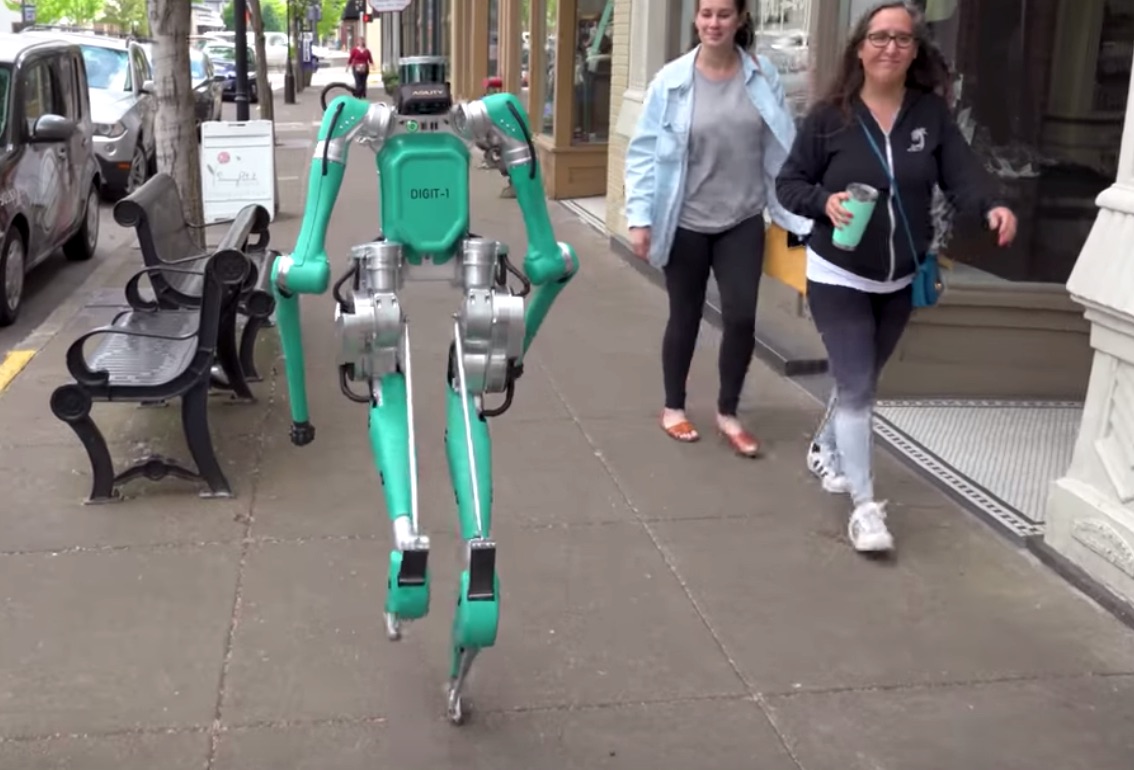 Although still in testing, Digit is strong enough to pick up and stack boxes weighing up to 40 lb (18 kg), as well as durable enough to catch itself during a fall using its arms to decelerate. In addition to the physical changes, the control system for Digit has been overhauled to enable advanced behaviors such as stair climbing and footstep planning, all controlled through a robust API that can be accessed both onboard the robot and via a wireless link... Out-of-the-box, Digit will be up and walking within five minutes, even for users who are not legged locomotion control researchers.

I for one welcome / robotics / robots