How much would a star destroyer cost? 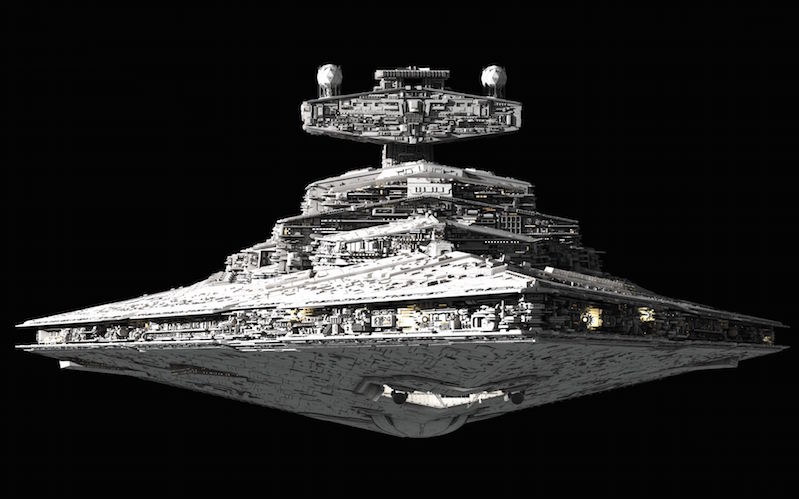 Generation Tech has done a few fun videos estimating the costs of items in the Star Wars universe. In the latest installment, they calculate the cost of a star destroyer. Spoilers below. Read the rest

GirlieMac, aka Tomomi Imura (Twitter) just won the internet with her deftly conceived and Photoshopped series of HTTP status message "motivational poster" images, featuring cats. A bunch of them are featured above and below. The full set is here at Flickr. She's taking suggestions for more, if you can think of any she missed. (thanks, Bonnie Burton)

I've been a fan of Jonny McGovern's hilarious gay-oriented music videos for years, so I was glad to see a new one pop up in Submitterator. Normally I'd let a video like this speak for itself, but I'd like to highlight a few key lyrics that just make it:

I be sexy strippin' while he be JavaScriptin'. We can read science fiction while we make science friction.

You and I, we can fly with Bill Nye the Science Guy. I'll be working your shaft while you play World of Warcraft. We can get our freak on in the bathroom at Comic Con.

If you're not comfortable with hunky men dancing around in their underwear, you may not want to watch this video. That's as racy as it gets, though.

Over on the DotPhysics blog, Rhett Allain confronts the technical impossibility presented by the flying R2D2 as depicted in the prequel trilogy. This is what physics degrees are for:

If I assume that R2 is flying horizontally at a constant velocity, and the the "thrust" is at an angle theta from the vertical then:

Flying R2-D2, you are doing it wrong

A psychology professor at Bennington College thinks terms like "nerd" and "geek" are damaging, like racial epithets, and need to be banned. Ironically, Dr. David Anderegg is also the author of a book called Nerds: who they are and why we need more of them. Read the rest