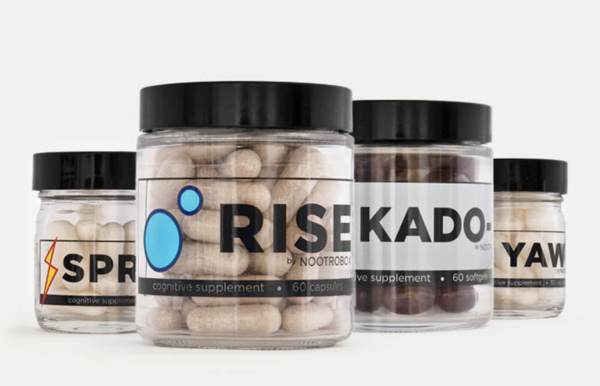 Nootrobox is a Silicon Valley company that sells nootropics (aka "smart drugs'). The employees there stop eating Monday night and don't eat again until Wednesday morning.

[Nootrobox co-founder and CEO Geoffrey Woo], his Nootrobox co-workers and other techies interested in the same question break their weekly fast with a meal at San Francisco restaurant Elmira every Wednesday morning. The purpose of the fasts is to achieve a state of ketosis, which means the body has run out of carbohydrates and instead is burning fat for fuel. Ketosis has been shown to affect the brain in various ways -- it helps prevent seizures in children, for example -- and some biohackers say it keeps them focused and alert.

"By the end of the day I just have way more energy," said Katie Fritts, founder of San Francisco-based Underclub, an underwear subscription service.

But fasting isn't for everyone. San Francisco-based software engineer Yan Zhu, who breakfasts with the Nootrobox group but isn't employed at the company, gave it up after a few weeks.

"It was just endless suffering and wanting to die," she said.